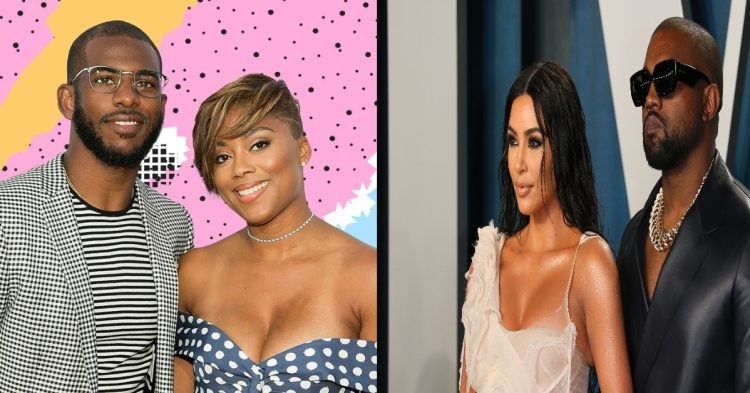 Kanye West has shocked the NBA world by revealing that the veteran leader of the Phoneix Suns Chris Paul engaged in extramarital relations with Kim Kardashian. NBA fans might already be aware that Kim and Kanye used to be a married couple. In fact, they even have 4 children together over the years.

Chris Paul looking at Kanye after saying he and Kim cheated: pic.twitter.com/U1L694wGEG

With that being said, we should wonder why Kanye decided to level this accusation on Chris Paul. One must also be curious to know how much truth there could be to this. After all, Chris Paul is reportedly happily married. These kinds of allegations have the potential to tear a family apart and must be taken seriously. We need to take a closer look at this entire situation.

Jada Crawley, now Jada Paul is a fashion entrepreneur and social media. Chris Paul and Jada by extension have recently been brought under the scrutiny of the public after these allegations from Kanye. However, up until this point, we had no reason to believe that there was any problem in their marriage.

Chris Paul and Jada have known each other for several decades now. In fact, they met during their college days at Wakefield University. Fans of the Point God will remember that he attended college there before playing in the NBA. The couple has two children together, a son named Christopher Emmanuel Paul II and a daughter, Camryn Alexis Paul.

Chris Paul checking his phone after that Kanye tweet: pic.twitter.com/CUAQ6gzB29

Kanye knew he about to get suspended but he had leave twitter by exposing Chris Paul & Kim Kardashian. pic.twitter.com/wpCKenwFX5

Kanye deflecting all the “I like Hitler” heat by simply tweeting Chris Paul got with Kim Kardashian pic.twitter.com/Y3jPnjw5g6

This marriage was going solid for more than a decade up until this point. They got married on September 2011 at a hotel in Charlotte. Additionally, they welcomed their daughter in 2012 after the wedding and their son back in 2009.

Chris Paul standing in the kitchen looking at Twitter tryna figure out how he’s going to explain that Kanye tweet to his wife pic.twitter.com/SH9eT9uhJm

Jada is also one of the founders of the CP3 foundation and a full-time mother. We can’t even imagine what her reaction could have been like when she found out what Kanye West was accusing her husband of doing with his former wife.

Kanye watching Twitter forget about him being a nazi by ruining Chris Paul’s marriage pic.twitter.com/FEKTcFS0ZN

Im like “Chris Paul ruined his marriage when he broke his vows and cheated on his wife.”

The internet has certainly had an active field day in the wake of this allegation. Some attempt to discredit Kanye due to his erratic behavior. However, that does not change the possibility that this might have actually happened. Especially since Devin Booker is dating Kendall Jenner, Kim’s younger half-sister.