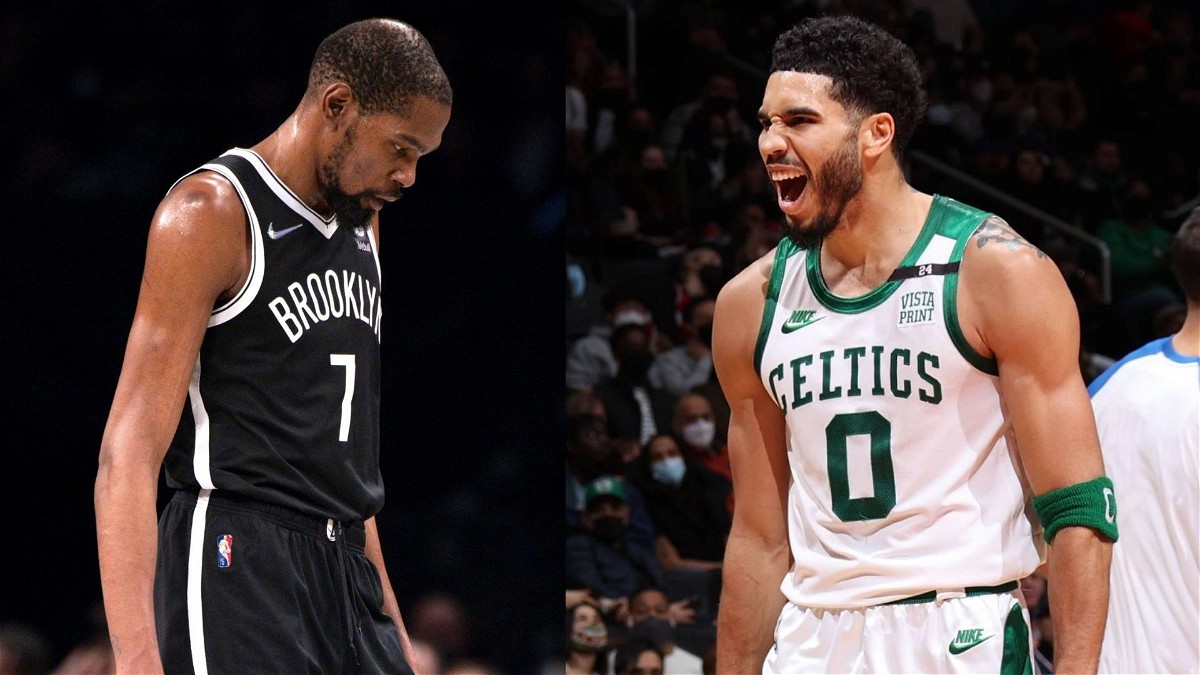 The Brooklyn Nets were the overwhelming favorites to win the NBA title before the season began. They had 3 All-NBA level players on the roster Kevin Durant, James Harden, and Kyrie Irving. At one point during the season, the Brooklyn Nets were also the number 1 seed in the East. They were just half of KD’s foot away from potentially winning the NBA title last year. So this year it looked like KD and his Nets were finally going to do the thing that he and Kyrie came to Brooklyn to do.

Kevin Durant and the Brooklyn Nets see their season fail

Even after all the expectations, the problems started to come in. It first began with Kyrie Irving not being allowed to play in any home games and only a few away games months into the season. Kevin Durant followed suit after he picked up a pretty significant MCL injury that led to the downfall of the Nets. And after all of that, James Harden grew tired of being a part of Brooklyn and wanted to leave in the messiest fashion imaginable.

The drama surrounding the Nets affected them and their championship aspirations a great ton. They barely made the NBA playoffs through the win in the play-in tournament.

The Brooklyn Nets got swept by the Boston Celtics in the first round of the NBA playoffs. They lost every game by very close margins. However, a loss is a loss. And getting swept in the 1st round is the most embarrassing thing, especially for a team that was labeled as contenders.

Even though the Brooklyn Nets and Kevin Durant were playing out of their mind in the first round, they could not stop Boston. Jayson Tatum averaged 30 points, 7 assists, 2 steals, and 5 rebounds. Whilst Jaylen Brown averaged 22 points and 3 steals to support Jayson Tatum.

At the end of the series, Kevin Durant exchanged a long and respectful embrace. They even whispered things to each other. KD showed great sportsmanship for someone who was just embarrassed.

Will Kevin Durant be able to win a title with Brooklyn? Or will he leave again to join a contender more suitable to his liking? Knowing KD means not knowing the answer to that question.