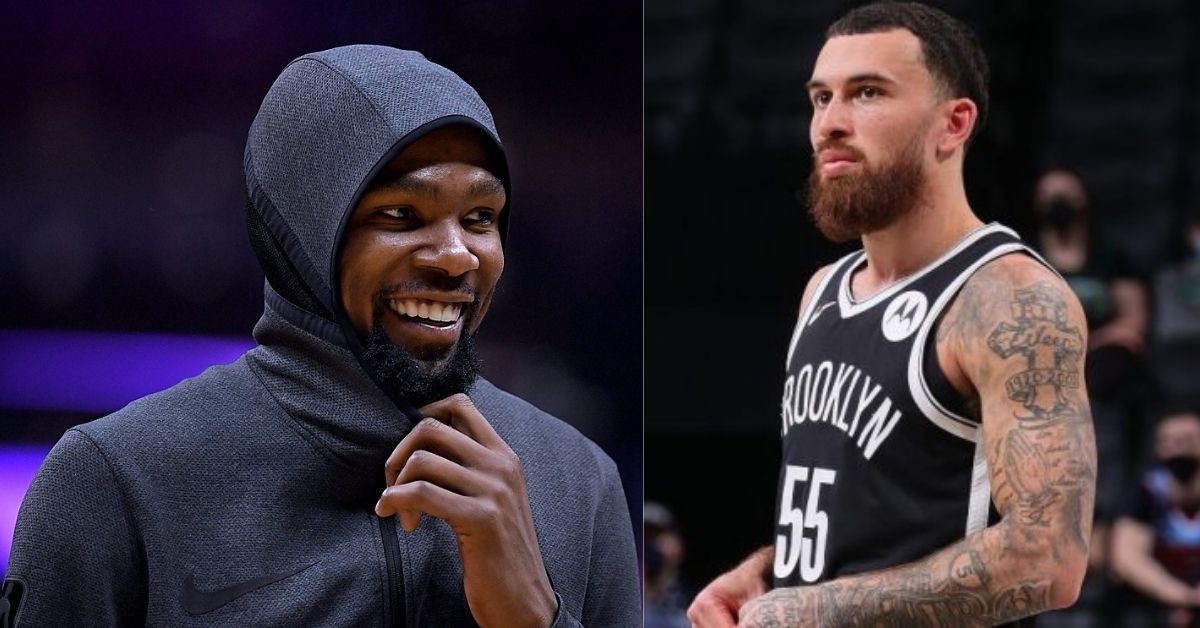 The Brooklyn Nets were the only team to be swept in the first round of the NBA playoffs. One of the most feared 7th seeds turned out to be yet another 7th seed as the team was dispatched in 4 games by the Boston Celtics. But it was uncharacteristic of a team that had Kevin Durant and Kyrie Irving in its ranks.

Kyrie Irving had a poor playoff series as he struggled against his former team, the Celtics. The hostile TD Garden drained him across 2 games as he recorded figures of 21.3 points and 5.3 assists. Irving did not quite get going but it was Durant who really struggled.

Kevin Durant had one of his worst postseason performances if not his worst. The astute Celtics defense stifled his offense and forced him into multiple errors. These errors included a career-high 5.3 turnovers per game as KD fumbled the ball multiple times.

The Celtics’ defense harried him into losing focus too and shooting a career-low 42.8% from the field since his first playoff appearance. His points return was also his lowest since his first postseason appearance in 2010. Durant only scored at a rate of 26.3 points per game and could not help his team notch a single win.

But despite the criticism that has ensued and the doubts over his ability, KD cannot be kept away from basketball.

As the NBA playoffs continue with the conference semifinals kicking off this week, the now-eliminated Durant has jetted off to Europe. In particular, to attend a Euroleague quarterfinal game between AS Monaco and Olympiacos.

Kevin Durant loves hoops so much he’s in Monaco watching Mike James play in a Euroleague game less than a week after being eliminated. Don’t slander guys like this. https://t.co/ACNRLKH9Pf

Kevin was out in support of his former Brooklyn Nets teammate, Mike James. James, who was a part of the Nets franchise for just the 2021 season after consecutive 10-day contracts built a good friendship with KD. And has since turned out for AS Monaco, after playing much of his career in Europe.

It is a real act of friendship on the former Finals MVP’s part to show support to a former teammate across continents. And Durant will be itching to replicate his previous playoff runs next season and possibly invite Mike James over and return the favor.