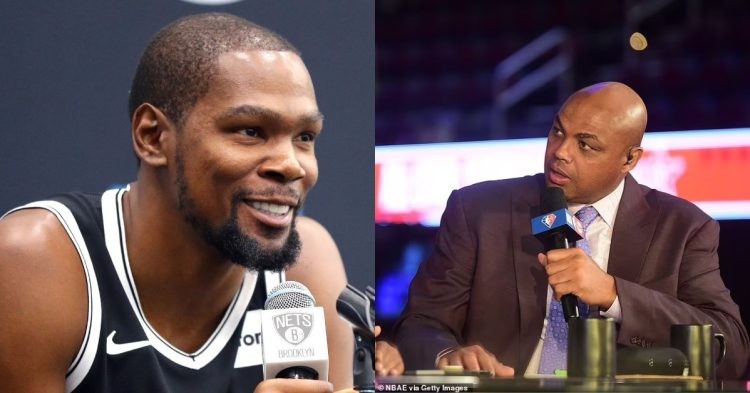 Kevin Durant is one of the most criticized superstars in the NBA. This is due to him changing teams multiple times in his career in order to compete for an NBA title. Several basketball analysts and others tore him apart for leaving the Oklahoma City Thunder and moving to the Golden State Warriors. Charles Barkley, among others, has attempted to discredit the two championships KD won and even called him a “bus rider“.

The taunt was based on the notion that Durant had done nothing to help the Warriors win and simply sat for a ride on the bus instead of actually driving it. Everyone is entitled to their own opinion. However, one must wonder what truth there is to this statement. Finally, KD had enough and chose to respond to these taunts. It is important to know his perspective and how he feels about this whole situation.

Kevin Durant doesn’t hold back as he slams NBA critics

No one likes to be criticized by someone who has never been in their shoes. Despite being an NBA player himself, Barkley has never won an NBA title throughout his career. Therefore, his criticism might certainly be biased to some extent. When Charles made the “bus rider” comment, Durant instantly reacted by posting a photo of Barkley, Hakeem Olajuwon, and Scottie Pippen during their time with the Houston Rockets.

“Where would Chuck be without the big homies”

To those who do not understand the reference, Barkley had done the exact same thing KD did. He moved to the Rockets in order to win an NBA title with other superstars. However, one major difference is that Charles did so in the final stage of his career. This is different from KD who joined GSW smack dab in the middle of his prime.

Kevin Durant was interviewed and he took the opportunity to address the constant trash talk and criticism he faced from people like Barkley. He also debunked several narratives that his “haters” have pushed forward over the years.

“Bus riders, bus drivers, like what does that even mean? That’s a bunch of sh*t you just make up. Like I ain’t did sh*t before I went to Golden State. I had shoes, I had MVPs before I met those guys. Y’all just be hating on the god. Then you say I won’t get respect from the legends, like who? Cause every time I run into a legend I get nothing but love. Go do your research fam.”

Durant definitely raised many valid points in his statement. However, in all fairness, if he is indeed a god, or rather a basketball god, he should at least carry the Brooklyn Nets out of the conference instead of asking for a trade to play with “better gods“.