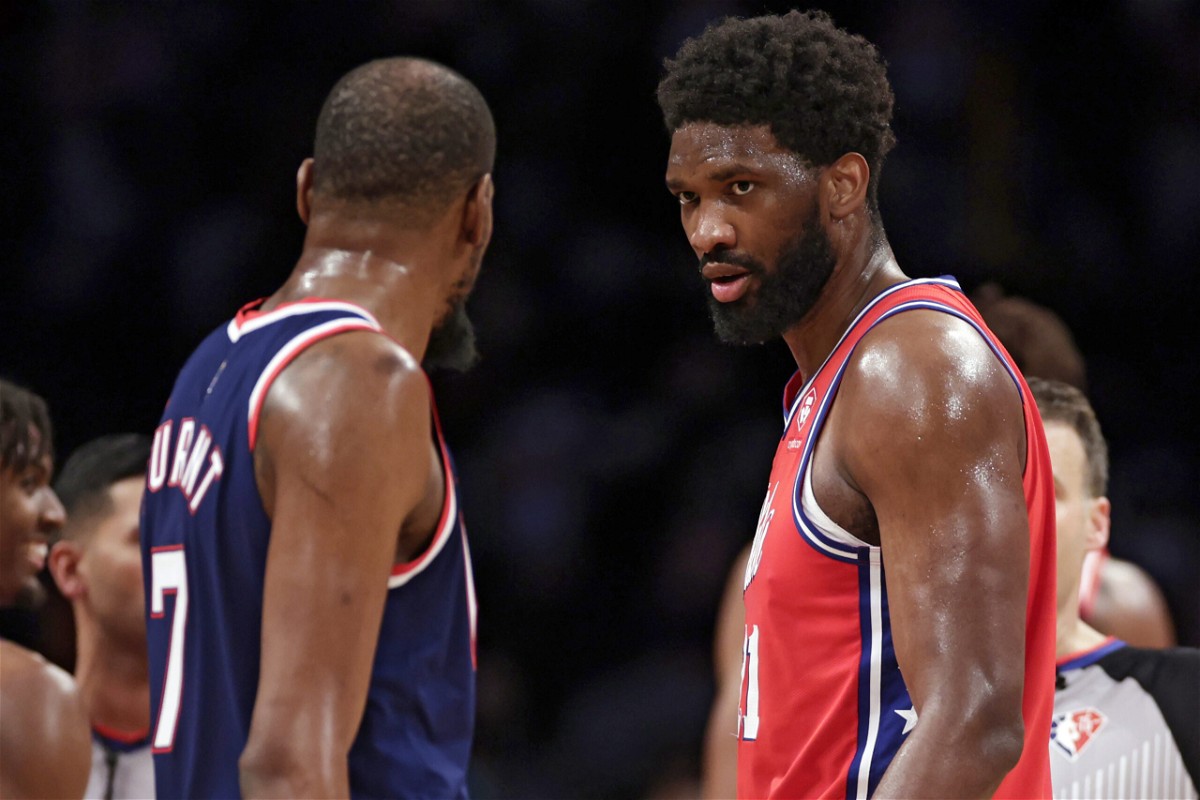 Kevin Durant is a former NBA MVP. He’s been in the league for 14 seasons and has played at an elite level for that entire time. This season, at the age of 33, KD is averaging 29.4 points per game with 7 rebounds and 6 assists. On most seasons, that’s MVP level averages. However, this season, he probably just makes the top 5. And this is not my opinion but some Kevin himself believes.

The Brooklyn Nets are the 8the seed in the East. At one point in the season, they were the 1st seed. But Kevin Durant went down with an injury, Kyrie was not permitted to play in home games and Harden wanted out from Brooklyn. That’s the only thing that’s kept KD out of this debate but surely a suitable contender.

In a post-game press conference, Kevin Durant was asked who was his top 3 for the MVP award this season. Kevin replied to the question by saying this,

-Sounds like Kevin Durant gives his vote for MVP to Joel Embiid. pic.twitter.com/755IgFVoMG

Ja Morant this season has been averaging 27.6 points per game whilst his Grizzlies are the 2nd best team in the NBA. Ja has been leading the race for MIP but is very close in the MVP race as well. DeMar DeRozan has been the best signing this season in the NBA. He’s been averaging 28 points per game as an undersized PF for the 5th seed Chicago Bulls. If the Bulls had a better record, he would be running away in this conversation.

Kevin Durant picked Joel Embiid, averaging a league-high 30 points per game whilst grabbing 11 rebounds a night. The 76ers are 2nd in the East. However, since the Harden trade, have looked unstoppable. He’s been consistently dominant and could finally win his 1st MVP award. Last season he was the runner-up to Jokic, so you know he wants this bad.

KD’s pick for MVP isn’t an outrageous one. Embiid will most likely be picking up the MVP trophy by the end of the season. However, will this regular-season success translate for Embiid in the playoffs? That’s a question which could be answered soon.