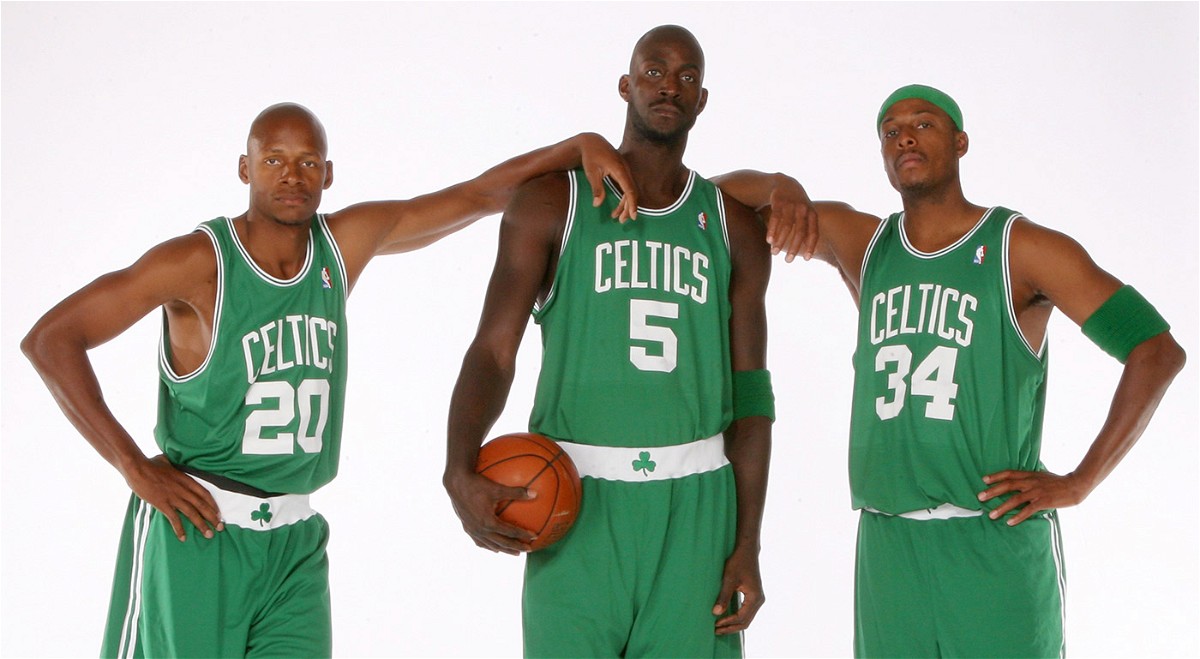 The Boston Celtics are the most successful team in the National Basketball Association. Only matched at the top by the Los Angeles Lakers. But much of their success came before 1987. All but one of their 17 NBA Championships were won before 1987. Their only championship since then, in 2008, was brought home by the Celtics Big Three of Paul Pierce, Kevin Garnett, and Ray Allen.

The most successful era in Boston Celtics history was the Bill Russell era. It bought 11 titles to Boston with Bill Russell featuring every final the Celtics played. Next up for the Celtics was the Larry Bird era. Bird alongside Kevin McHale and Robert Parish formed a trio that would dominate the NBA. The trio yielded 3 championships. And for a long time after, the Celtics were a sleeping giant.

It was not until the Celtics formed another big three in 2007, nearly 20 years later, that they reached the pinnacle of the NBA again. Kevin Garnett was traded from the Timberwolves and Ray Allen made a move to Boston on a draft-night trade. The Celtics also managed to retain Paul Pierce by finally building around him and becoming serious contenders.

The offseason moves were an immediate success. In their very first year together, Garnett, Allen, and Pierce delivered. Steamrolling through the regular season and then the Eastern Conference playoffs, the Celtics lived up their favorites tag. In the 2008 NBA Finals, they reignited the age-old Lakers-Celtics rivalry by facing off against Kobe Bryant’s Los Angeles Lakers.

By defeating the Lakers in 6 games, the Boston Celtics completed the greatest single-season turnaround in NBA history. In the process, they bettered their win record from the previous season by 42 wins and won the NBA title. Although the subsequent seasons saw the same regular-season form replicated, championship success eluded the Celtics again.

And after 5 years together, and 1 championship, the Celtics big three disbanded in an unceremonious fashion. Ray Allen left the Celtics for Eastern rivals, Miami Heat after declining a better contract. And soon after Garnett and Pierce were traded away to the Brooklyn Nets.

It is long believed that the duo, especially KG were not on good terms with Allen after his departure. The friction in their relationship was on full display at the All-Star NBA 75th Anniversary Team ceremony.

Ray Allen passed upon his teammates of 5 years to acknowledge and greet LeBron James. And the reaction by Kevin Garnett said it all. However, in a recent turn of events, the Celtics trio seemed to put the beef to bed. The Boston Celtics have decided to retire Kevin Garnett’s number 5.

To commemorate the occasion, the Celtics held a ceremony ahead of their matchup against the Dallas Mavericks.

KG, Ray Allen, and Paul Pierce hug it out in mid-court.

Obviously, Ray Allen was in attendance. And in a moment of every Celtics fan’s dreams, KG called up Allen to hug it out and put an end to all the talk of a beef. And not only did Allen embrace Garnett, but Paul Pierce also joined them out in the middle to complete a historic night and sign off on a good note.

Although Luka Doncic and co. spoiled the Celtics’ night by defeating them 95-92, Celtics fans left with a lot more relief. And a whole lot of happiness on their beloved trio ending their beef once and for all.