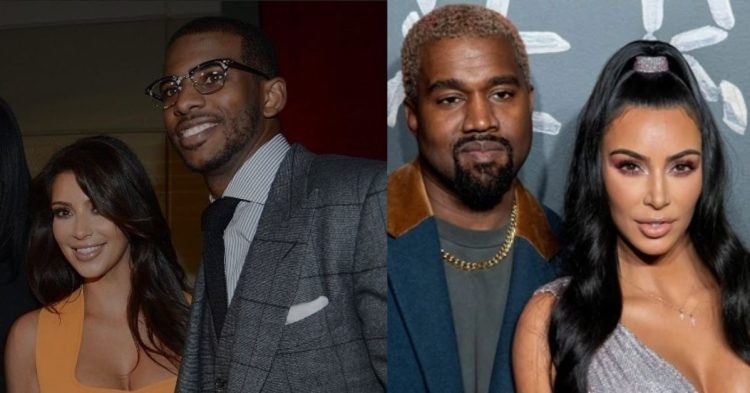 The Kim Kardashian and Chris Paul saga seem to be floating around the internet for a while now. It all started when her ex-husband Kanye West decided to accuse her of having an affair with NBA star Chris Paul.

NBA fans took this to another level when they dragged LeBron James into the drama as well. Many believe Savannah James will be unhappy about his friendship with Paul. Together with that, many believe that Devin Booker also had a role to play in CP3’s affair with Kim Kardashian.

Recently, an insider has come out with some shocking revelations that might cause yet another drastic turn in this drama. According to Page Six, the source mentioned, “This is not true, and sadly it’s an ongoing pattern with Kanye — attacking Kim to redirect everyone’s attention after a day of crazy antics where he has said every hateful and offensive thing he can possibly dream of.”

The insider also mentioned that Kim Kardashian did not want to have any contact with Kanye, and that she wished for him to stay away from her children. For those who don’t know, the rapper has invited plenty of controversy in recent times. He has even been suspended on social media platforms for the remarks he has made. Together with that, Adidas also decided to drop him and suspend their contract with him indefinitely.

The anonymous insider also claimed that Ye has a habit of trying to accuse his ex-wife of cheating on him. This time around, Chris Paul is the victim. Many claim that there were signs that the NBA star might have had a relationship with the reality TV star early on as well.

It is still unknown whether they had an actual relationship when Paul and Kim were married to Jada and Kanye respectively. However, as extreme as NBA fans can be at times, some even claim that Paul is also the victim of the “Kardashian Curse”. For context, the Kardashian curse is what fans have claimed that has affected men who have relationships with the Kardashian women. It seems like people believe CP3 is the latest one.

The drama seems to be still going on. It is quite hard to distinguish who is being transparent with the public, and there are several parties involved in this matter. Apart from Ye, we have not received any comment or confirmation from Chris Paul or Kim Kardashian. If what Ye said was true, it could possibly ruin Paul’s marriage with Crawley.