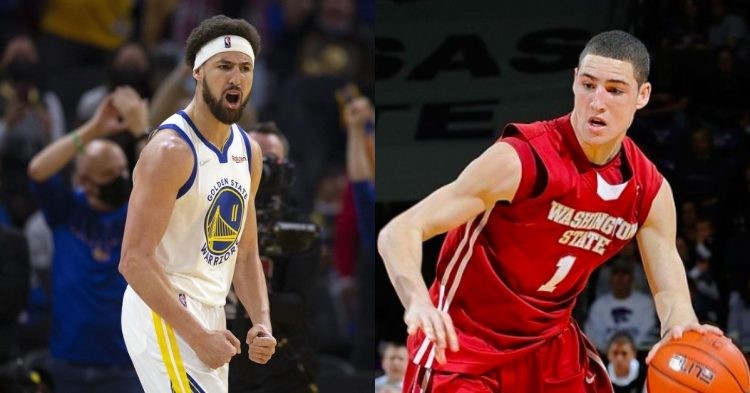 In the NBA, we have seen many players get arrested for various crimes they have committed. Recently, Golden State Warriors star Klay Thompson opened up on the time he got arrested in college. He clarified that this was right before the Warriors acquired him at #11 in the 2011 NBA Draft.

On the latest episode of the “All The Smoke” podcast, Klay mentioned that it was when he was in his driveway. After mentioning that he was completely sober at the wheel. Moreover, he mentioned that he was sure to not jeopardize his future, and he revealed the story.

The 32-year-old said, “I come home, got a nice little sack [of marijuana] on me, I’m like ‘Okay it’s gonna be a decent night. I might play rock band and just chill out.’ And I see these flashing lights I’m like ‘No way what’s going on, literally when I get in my driveway. And I’m like ‘Ohhh’.”

Klay added that the police officers wanted him to get out of the car. It was mainly because they could smell marijuana and the young player had a broken taillight. However, Klay knew his rights and asked if they needed a warrant to search his career. But when the police told him that they could get one if needed, Klay knew that there was no other choice than to let them search the car.

After the incident, Klay had to sit out with a 1-game suspension after receiving a citation. But the arrest was not the worst part of it for him. He had to sit out the game where the Washington State Cougars needed him the most. They were playing against UCLA at the time and needed just one win to proceed to the next stage. However, the Cougars could not make that possible in Thompson’s absence.

Thompson revealed that he apologized to “Cougar Nation” the night after that. It seems like he let the entire fanbase down after being forced to sit out. In addition to that, Klay believes that he would have been able to make a difference if he played since it was a close game between the two teams.