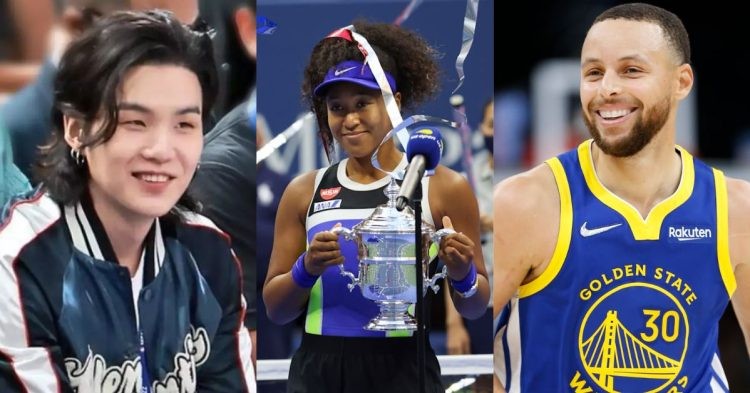 NBA legends and superstars like Stephen Curry have made the sport of basketball popular across the globe and are considered the face of the game. He recently participated with his fellow Golden State Warriors in the NBA Japan games conducted in Tokyo.

It would interest many people to know that there were celebrities in the crowd such as BTS singer Suga and world-class tennis player Naomi Osaka. Both of them were present courtside and got to witness the Golden State Warriors exhibit their skills. One must wonder what this environment was like and what the outcome of the match was.

Not many NBA fans even remember that the Golden State Warriors have a young star in the making with James Wiseman. He was injured and completely sat out this season as the Warriors won the title. However, there is no arguing that he makes them an even better team.

This was just an exhibition game and an opportunity for the teams to get their stars used to minutes on the court. We already knew that Stephen Curry and the other veterans wouldn’t play big minutes. However, we did not expect this kind of performance from James Wiseman.

James scored 30 points, 9 rebounds and 1 assist in just 24 minutes of action. Thus, he was the leading scorer of the game from both sides. On the other hand, Stephen Curry scored 6 points in 13 minutes of playing time. Nevertheless, the Golden State Warriors were able to cruise to success in this and win the game 96-87.

Therefore, Golden State has started the preseason on the right foot. Hopefully, this is a sign of things to come as they hope to repeat as NBA champions after the Kevin Durant era. Naomi Osaka and Suga were fortunate enough to witness this game courtside. They are reputed celebrities from Japan and the eastern region and brought much attention to the NBA Japan games.

Celebrity Row is in full effect at the #NBAJapanGames

Finally, it is important to remember that the goal of these games internationally is to foster a spirit for basketball at a global level and find more international talent that can play in the NBA. Yao Ming and Jeremy Lin are two players who have done much for basketball from the East. It is because of players like them that NBA Japan was a success