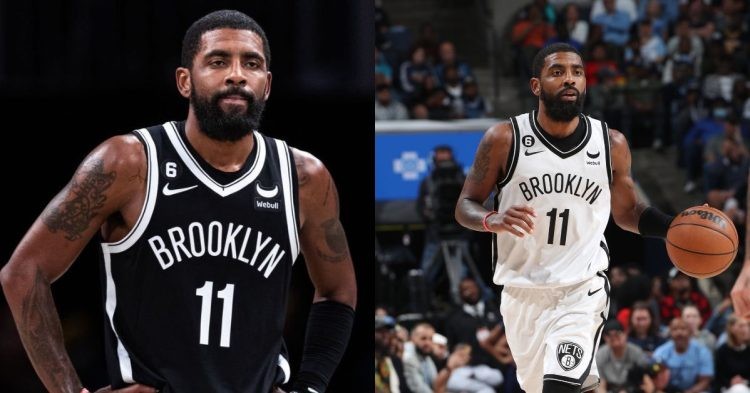 Kyrie Irving through his career with the  Brooklyn Nets has spent more time being a part of controversies than he has on the court. On Thursday night, Kyrie was suspended without pay as a result of the off-court drama that developed after his publicization of an anti-Semitic film.

The suspension came after Kyrie had a media session during which he refused to acknowledge that he has anti-Semitic beliefs. The team later released a statement addressing the same. “We were dismayed today when given an opportunity in a media session, that Kyrie refused to unequivocally say he has no anti-Semitic beliefs, nor acknowledge specific hateful material in the film.

Kyrie even took to Instagram to apologize for his comments but that wasn’t enough for the Nets. he has been suspended indefinitely and there is a list of things that he must accomplish before his suspension is lifted. Let’s have a look at them.

Some believe that the punishment might be a bit too harsh since all Kyrie did was express his views. Regardless of all that the Brooklyn Nets have asked Kyrie to do the following before he can join the team.

Kyrie is a man that refused to get the COVID-19 vaccine. So, if fans expect him to accomplish all of this then they might be expecting a little too much. It might be a long time before we get to see him suit up again.

How has Kyrie’s suspension affected the Nets as a team

The Brooklyn Nets weren’t doing too hot even before they suspended Kyrie. Without him, all of the offensive load has fallen on the shoulders of Kevin Durant. Ben Simmons is another star that is on the team but as we know scoring has never been his strong suit. There is only so much that Durant can do before the fatigue kicks in.

The Nets might have won 2 in a row but if Kyrie doesn’t return to the lineup soon, things are gonna be looking really bad for the Brooklyn Nets.