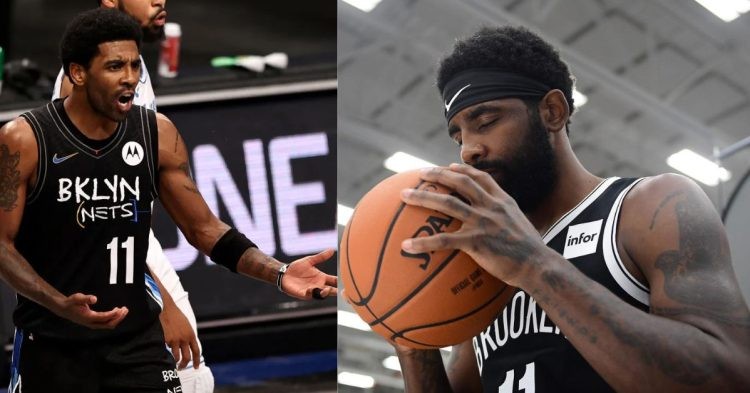 Kyrie Irving is an NBA star and unreal basketball talent. However, he has been given a bad reputation in recent times. This is largely due to his eccentric behavior and controversial opinions. We are all informed that Irving is under the scrutiny of the public eye after sharing a link to an “anti-semitic” documentary.

To those who are unfamiliar with the term, Anti- Semitic behavior refers to discrimination against Jews. The documentary titled “Hebrews to Negroes: Wake Up Black America” appears to promote hatred against the race. Therefore, Brooklyn Nets owner Joe Tsai sent out a public condemnation of Kyrie’s actions.

Only Kyrie knows the true reasons behind his actions. He revealed the thought process which ended up in him sharing the anti-Semitic documentary. One should want to hear more of Irving’s perspective and take on his behavior.

We all know Irving is a man who is very proud of his racial and cultural identity. He deems himself to be a true intellectual and a person with a good understanding of the world we live in. However, the media portrays him to be the opposite and the fans are allowed to decide.

In all of this, we forget that Kyrie is a normal human, just like the rest of us. His defense is simply that. After all, why should he be put under the microscope for simply using social media? People post bizarre and ugly things on an everyday basis. Is being famous limiting his right to speech and expression?

.@KyrieIrving you’re not alone at all, brother. Very well articulated. Stay strong and vigilant. The truth is indeed liberating. Stay on your square. pic.twitter.com/xVptaEbUKV

Irving addressed all of this in a postgame interview. He explained how he came across the documentary in the first place. It had to do with the true origin behind his name.

The bleeped out part. pic.twitter.com/yU4zUAkr2D

“It’s a title given to Christ. Philippines 2:11… And my name translates in the Hebrew language as Yahweh. So I went onto Amazon Prime. You know what? let me see if there are any documentaries on Yahweh. So, went in the search bar, typed Yahweh, that came up. Then I shared it on my platform…that was my night.”

We should truly introspect before judging Irving after hearing this. Amazon prime is a prestigious streaming website and the documentaries on it are usually very legitimate. All Kyrie did was to search for his own name.
Tags: Kyrie IrvingNBA
Previous Post