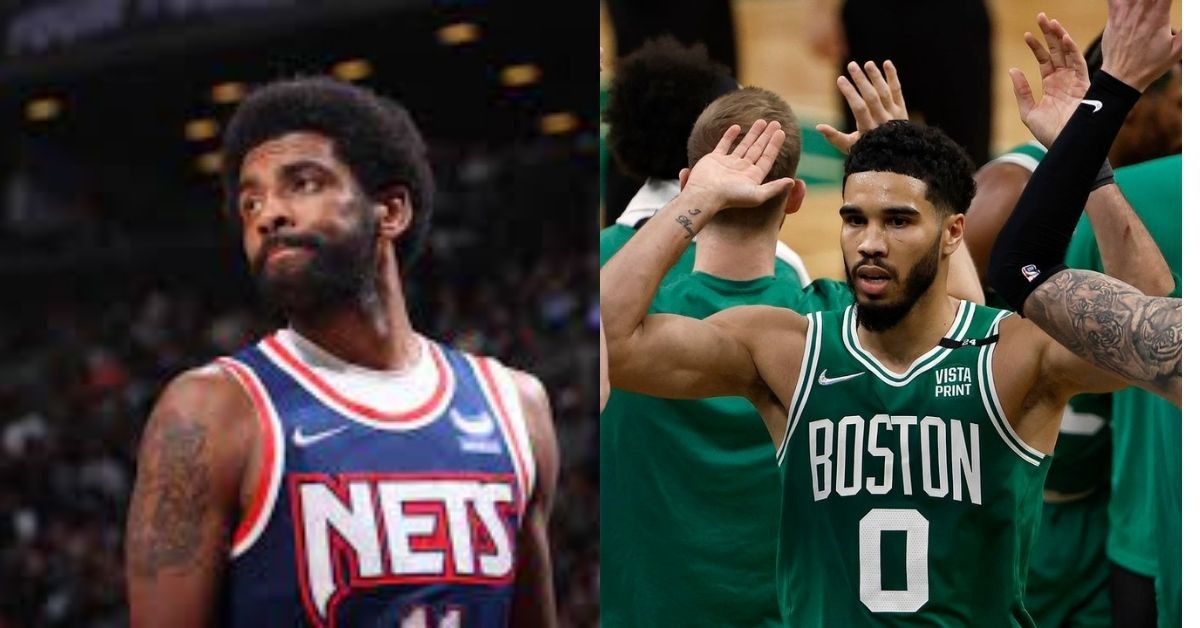 Kyrie Irving is one of the most skilled point guards of our generation. He is talented at finishing at the rim with unbelievable skill. He won his first NBA championship with Lebron James in 2o16. However, he soon left the Cleveland Cavaliers, as he felt overshadowed by Lebron’s presence

Kyrie moved to the Boston Celtics. However, he was unable to carry them to relevance in the 2 years he stayed with them. He was injured in their first postseason. They were eliminated by the Milwaukee Bucks in the second round in the next postseason. Kyrie soon left the Celtics and joined the Brooklyn Nets to win an NBA championship with Kevin Durant. However, they have not been able to do so

People are truly complex. Kyrie was portrayed to be toxic in the Celtics locker room by the media. They also took several stances to portray him in a controversial light. However, this does not seem to be the case with the Celtics players themselves. They have never joined the fan base in hating or disrespecting Irving.  Kyrie also showed signs of losing control against the fans in this series. One would naturally expect that he fosters these same feelings towards the players.

We didn’t get the result we wanted, but I wanted to congratulate my brothers in that Celtics locker room. They earned the series Win and I wish them well as they advance. Nothing but love competing against them.

Perhaps Kyrie truly believes what he says. He may be flawed, but he did not shy away from giving his former teammates their props for the series sweep. This was the same team that the Nets with James Harden eliminated in 5 games the very previous postseason.

Kyrie knows how many factors influenced the Nets’ postseason. James Harden demanded a trade, the vaccine mandate, Durant’s injury, Ben Simmons, and the new players they had to incorporate. All these factors ended up costing the Nets this postseason. However, Kyrie being an NBA champion himself knows what it takes to dominate and show up in a competitive series.