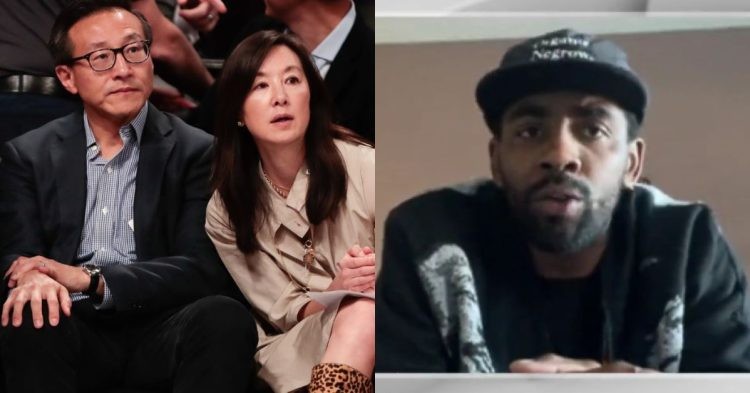 It looks like Brooklyn Nets star Kyrie Irving offended a multi-million dollar network by simply apologizing for his recent antisemitic behavior. We should be wondering how this is even possible and what Kyrie did wrong to offend such a large organization.

We already know that Irving is a generous individual. However, his erratic behavior and impulsive thoughts seemed to have vexed the owners and officials of a prominent news organization. NBA fans must want to know what this is all about and have an understanding of the context of the situation. After all, why would anybody be offended that Irving finally apologized around the time of an 8 game suspension?

What did Kyrie Irving say in his apology interview?

Well, it turns out that Irving made a whole apology interview before returning to his team and playing. However, he decided not to be interviewed by the “YES” Network. Some of you might be aware that they are a prominent media and news organization. Moreover, the Brooklyn Nets are the rightsholders in this organization.

Be that as it may, Kyrie decided to share his thoughts with another media organization named Sportsnet New York network (SNY). Considering that this is a rival company, officials at YES and the Brooklyn Nets by extension. Here is what Irving had to say about his current perspective and mindset.

“I don’t have hate in my heart for the Jewish people. Or anyone who identifies as a Jew. I’m not anti-Jewish or any of that. And it’s been difficult to sit at home with my family. With them seeing all this and having questions and you know the part that hasn’t been hard is explaining myself to people because I know who I am and what I represent.”

“I just want to apologize deeply for all my actions”

Kyrie went on to further emphasize his perspective, “But I think the difficult aspect is processing all of this and understanding the power of my voice, the influence I have. I’m no one’s idol, but I am a human being that wants to make an impact and change. I’m sorry to not only the Jewish community but to my family members, to my relatives, cuz they know I stand for something bigger and I’m grateful now that I’m able to explain myself.”

One can only imagine the struggles and explanations Irving has had to go through simply for sharing a post on social media. He might not have apologized to the right network. Nonetheless, they should still be satisfied with his message and demeanor during this interview.