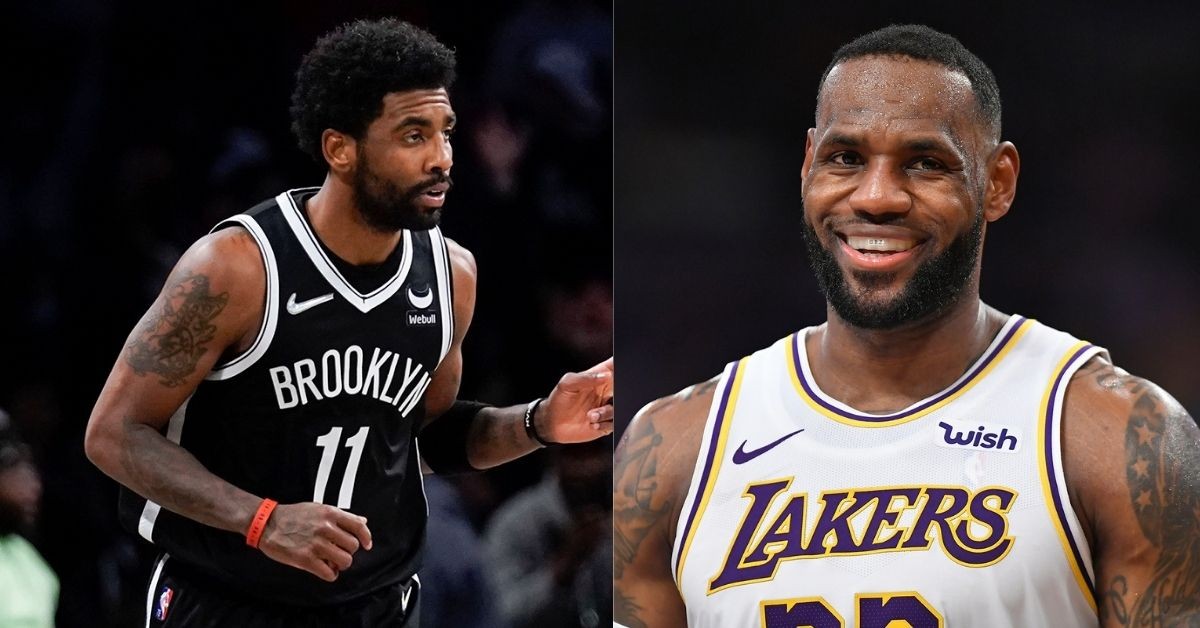 Kyrie Irving and LeBron James won an NBA championship together for the Cleveland Cavaliers. Irving has not seen much championship success since then. He revealed in a tweet, that if he had been more mature they would have won more championships.

The 2016 championship is considered by many to be the greatest championship of this generation. This is because they came back from being down 3-1 to the Golden State Warriors.

No team had accomplished this feat in the NBA Finals. Kyrie and LeBron were able to lead Cleveland to its first championship. Irving has a history of being cryptic with his comments. Therefore, we should read into what he is saying at different levels.

Kyrie left the Cleveland Cavaliers in 2017. It was reported that he felt overshadowed by LeBron’s presence. He moved to the Boston Celtics and then finally paired up with KD in Brooklyn.

Kevin Durant is a transcendental scorer. There is no argument about that. However, his playstyle with Kyrie would be very different. Both of them are isolation players, they do not play off each other. They share usage of the ball and hope to outscore the opponent. Kyrie and Bron, however, play differently.

LeBron James is an amazing passer. Therefore, he would always give Kyrie quality looks\shots at the rim. Additionally, he is much more athletic than Kevin Durant and was able to catch ridiculous alley-oops and more from Irving. This is why they were always able to have deep postseason runs together.

Or perhaps it is just regretting past behavior for Irving

Kyrie Irving has changed a lot over these years. He had been protected from scrutiny when with LeBron. However, he is now constantly criticized for his behavior on and off the court. His exact words were,

“ If I was in the same maturity line now and understanding of who I am, we definitely, definitely would have won more championships“.

Maybe Kyrie realized that all superstars had some toxic traits. Perhaps LeBron wasn’t so bad in retrospect. It is both a good thing and a bad thing to have someone else take the limelight.

Kyrie on his departure from Cleveland:

“If I was in the same maturity line now and understanding of who I am, we definitely, definitely would’ve won more championships.”

(via I Am Athlete) pic.twitter.com/B8nN9k8mA4

Kyrie knows what he can do on the basketball court. He is still in his prime at 30 years of age. He can introspect, or lament about the past. However, this will not change much.

All he can do is learn from his mistakes and regrets to make the best choices moving forward. Kyrie’s contract with the Brooklyn Nets is at crossroads. Therefore, he should consider staying focused on what he can control.