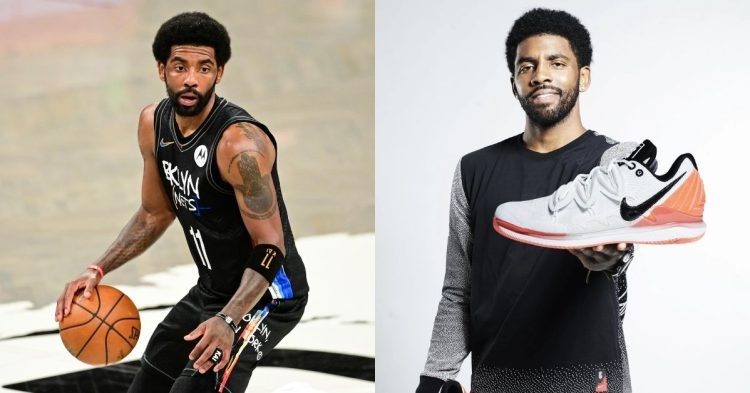 Kyrie Irving is one of the most skilled players the NBA has ever seen. His ability, at his size, to finish at the rim and through contact is second to none. His unreal talent earned him endorsements for shoe deals with Nike.

We all know about Nike. It is an extremely popular sports brand that several NBA athletes have sho,e deals with. Not many of us know the workings and dynamics between these two parties. Thankfully, Kyrie revealed how these sports brands, Nike in particular, use a screening process to pick out athletes for their signature shoes.

Irving has always been a real person, in a manner of speaking. Unfortunately, he has grown to be quite a controversial figure in modern times, mostly due to “narratives” spun by the media. The 2016 NBA champion did not hold back much and explained what he considered a bizarre process of selecting athletes.

” When they approached me I thought it was interesting to hear about how their process works about how they identify an athlete. They have like these focus groups of like oh what do you think about him like its weird to think about they have this group of kids 14-year-olds, 7-year-olds 21-year-olds like what do you think about kyrie. And then like they have a reception and then they put out certain narratives about you that you would like to see on shoes so I had an Australia shoe coming out, a New Jersey shoe coming out I had a family shoe coming out and that sold pretty well so Nike was like hey We’re going to give you your own shoe I was like okay cool.”

This certainly makes sense from a marketing standpoint. The “groups of kids” are the audience that Nike wishes to target. Thus, asking them about their personal opinions of the NBA star is the easiest way to find out how likely they are to buy shoes and other products endorsed by him.

Kyrie clearly had a problem with this. Nonetheless, he went through with the deal as it meant more financial liberty and became a face for Nike.