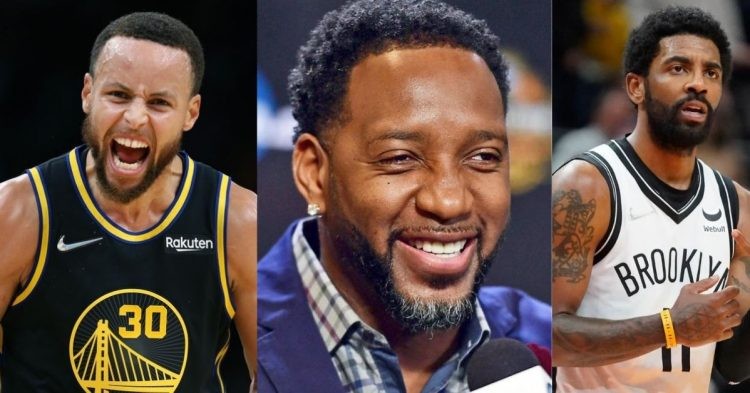 Tracy McGrady was one hell of a player back in his day. He was a machine that no one could stop when he was at Orlando Magic. His explosiveness to just run through the opposition’s defense, ability to pull a three out of the bag out of nowhere, and making plays off the ball for his teammates to flourish, helped him to be a different breed of player. He was one of the players you could not stop in a one-on-one. Here is a compilation of his best plays.
T-Mac recently spoke about the Ones Basketball League (OBL), which he started. He mentioned that he got the idea for the league from his sons. McGrady has seen them prefer highlights and clips online rather than entire games.
He has managed to start a league that can cater to the specific need of the current generation. The former Orlando star also mentioned that he plans to make the project even bigger. “We want this to be global and we want it to happen in the coming years: OBL USA, OBL Germany, OBL UK, and then bring it all together to have an OBL Olympics.”

When he revealed the future plans for the OBL, there was a question that popped up in our minds. What would the OBL do with NBA players taking part? T-Mac mentioned how height classes, like how it is used in boxing and UFC, can be used in the tournament as well. He also mentioned a few names that he thought would come out top.
He said, “If we’re talking 6ft 3in and under, I’m going no other than Kyrie and Steph to face off in the championship game”. Both these players are the same height, standing at around 6’2. Kyrie and Steph can both go against players 1v1, but can they do it against each other? T-Mac put out those two names as he thought that will be an exciting matchup. However, he did not predict a winner out of the two.
What he said is in fact quite interesting. A while ago, he believed Kyrie Irving was better than Steph Curry. He said, “I don’t think we see as much of Steph breaking someone down, like when the game is on the line in crunch situations, do we really see Steph doing a lot of creativity off the dribble like we do with Kyrie? Like Kyrie has the ball in his hands, the creativity that we see out of him, do we see out of Steph?”

T-Mac: “Kyrie’s bag is a little bit deeper than Steph’s” 😲

Despite Curry’s accolades and achievements in the game, including being the all-time 3-point leader, T-Mac doesn’t believe he has the edge over Kyrie. This was before he mentioned the two names for a potential OBL-NBA collaborated final. However, we can imagine who he would prefer to win out of the two.
Tags: Kyrie IrvingStephen CurryTracy McGrady
Previous Post