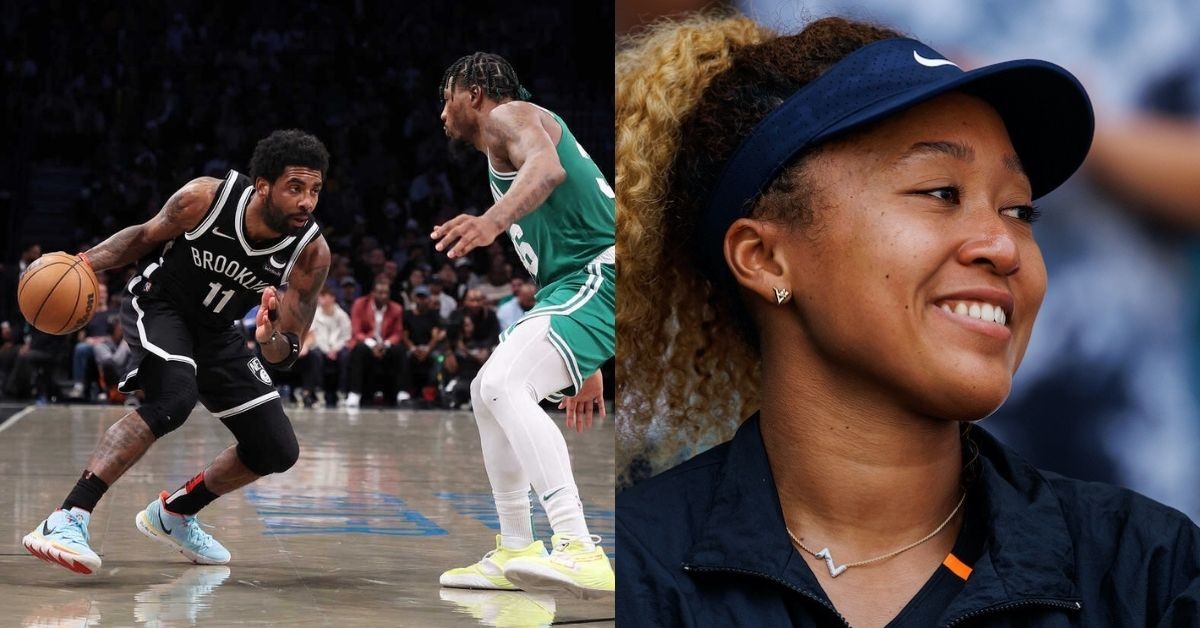 Brooklyn Nets guard Kyrie Irving seeks representation from Tennis star Naomi Osaka’s newfound sports agency EVOLVE. He congratulated her for this achievement and enquired if they are looking for hoopers to add to their list of clientele.

Irving had a rocky season first because of the vaccine mandate and then a sweep in the first round of NBA playoffs. He was blamed for the Nets spiraling down in Kevin Durant‘s absence. The duo has been together for two years but nothing to show for it.

With the Nets reconsidering their offer for the superstar point guard he might in fact require a better agent from Naomi Osaka’s agency to represent him.

Kyrie Irving is known to support black women in all of their endeavors. He was very enthusiastic about Naomi Osaka starting her own agency to run things the way she likes.

In a way these two sports superstars are alike. They don’t prefer to take their time off of the sport they are expected to play day and night. Their media interactions or the lack of it stem from the same reason.

To support a fellow black queen Kyrie Irving tweeted out about her agency EVOLVE which will seek to represent athletes or potential superstars in a manner that is more suited to them. Osaka’s presence will always ensure that the athlete’s interests are kept first.

Irving star wanted to know if there is any room for an NBA player in her agency and the Tennis megastar was thrilled at the prospect of having him on board.

However, it was more of a congratulatory tweet as Kyrie already has an independent agent in his stepmother Shetellia Riley Irving. She is believed to be the only black woman representing a star in the NBA. He will most likely continue with her services and just wanted to give a shoutout to black excellence.