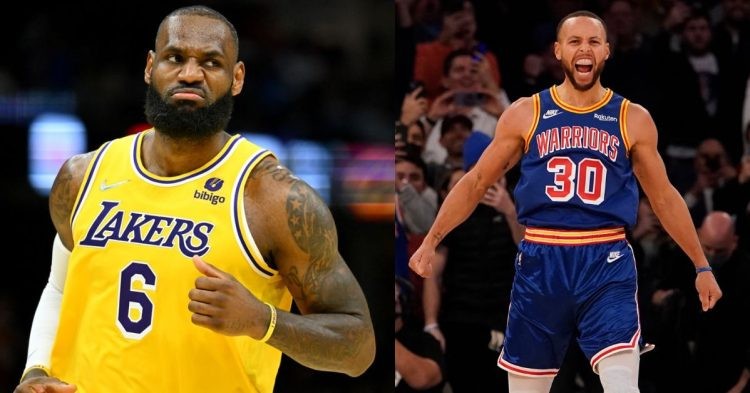 The 2021-22 season did not disappoint us. The Golden State Warriors snatched the title yet again, after defeating the Boston Celtics in the finals. Once again, Stephen Curry came out as the best player after consistently putting in a shift for his team. Last season, the Warriors played against the LA Lakers on opening night.

It seems like the same will be the case for the upcoming 2022-23 NBA season, according to reports. In addition to that, the NBA will also conduct the ring ceremony at the Chase Center on October 18th. It seems like Steph will be receiving his fourth ring in front of LeBron James after all.

The Lakers still have the same players on their roster as last season. That includes LeBron, Anthony Davis, and Russell Westbrook. Although they have been heavily linked with Kyrie Irving, there has been no trade till now. There is no doubt that their big 3 are world-class, but there is a lack of chemistry between them.

If we’re being honest, Russ has been on a different wavelength compared to the other two, who have managed to perform well regularly. Last time around, it was LeBron and AD who stepped up for the Lakers. Davis made 33 points, 11 rebounds, and 2 assists. LeBron beat his teammate by making one more point (34), with 11 rebounds and 5 assists. Westbrook had a night to forget with 8 points, 5 rebounds, and 4 assists.

Russ’ numbers do not mean that he is a bad player. It just shows that he does not fit the Lakers system. However, they have a new coach in Darvin Ham. Does that mean their play style changes to fit Russ into the team as well? We’ll have to see on opening night.

On the other hand, the Warriors haven’t been quite active on the market as well. If we’re being honest, they don’t need to be. They still have their formidable trio in Steph, Klay Thompson, and Draymond Green. In addition to them, they also boast a talented team with Jordan Poole and Andrew Wiggins.

Although their road to the title win was bumpy, we all knew it was coming. They hadn’t won the title for a couple of years and people started writing them off. But the way they came back in style showed how the Warriors aren’t planning to give up on their dynasty soon.