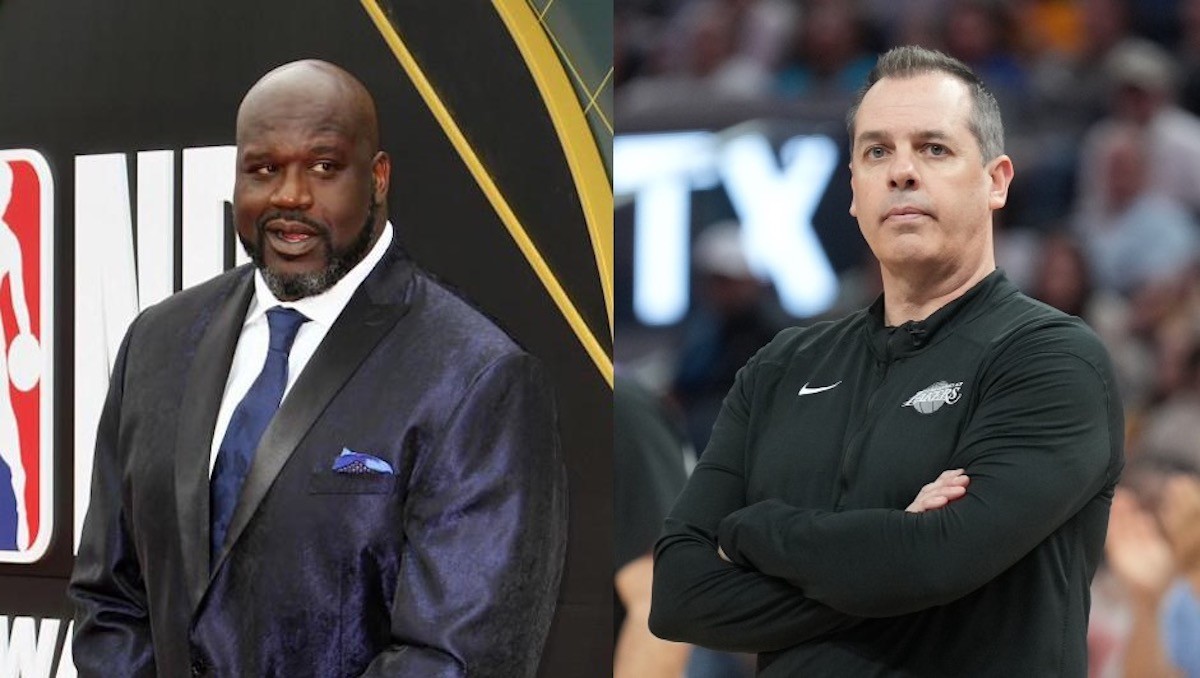 Shaq has tossed his hat into the next potential endeavor of his life. After a long and successful basketball career, he ventured into careers like being a sports analyst. He also dived into other professions like a cop, doctor (Ph.D.), a DJ, an actor, a rapper, a cookbook author, and so much more.

The one place we did not think we’d see him back on, was the basketball court. But with Shaq‘s most recent offer, could that change?

Shaq wants to replace Vogel as the head coach of LA

Shaquille O’Neal came into the NBA with a ton of hype. And he lived up to it very effortlessly. He established himself as one of the best big men in Orlando. But he went on to live up to his potential in Los Angeles. On the Lakers, Shaq won 3 straight NBA titles and created the last dynasty that was a part of LA.

Once he retired, the LA Lakers retired his jersey and made his statue outside the ‘Staples Center’. He was immortalized as a Lakers legend. And therefore, seeing his Lakers play so awfully in the last 2 seasons, made him feel some type of way.

He did not believe the Lakers would make the play-in, let alone, the playoffs. And when the Los Angeles Lakers fired Frank Vogel, he was genuinely outraged. He felt that the Lakers did him dirty.

With the vacancy in the head coaching positions, questions came up, about if Shaq would be the next head coach. He fit the build of what the Buss family looks for. A former Laker great that would want to coach.

“If they offered me $25M a year for 4 years, I’d coach the Lakers.” ????@SHAQ ponders a coaching career on #TheBigPodcast: https://t.co/wpZ6zHYULF pic.twitter.com/SDrN1AbDlc

Shaq heard it all and put forth his offer to be head coach for the LA Lakers. It’s a pretty steep contract for a coach but because he is Shaq, the Lakers would make that money back instantly. However, Shaq has no coaching experience. And has a reputation of not being liked and being a bully.

Adding this to a locker room of players with a lot of pre-existing problems will not be great for LA. It would be like adding kerosene to dumpster fire.