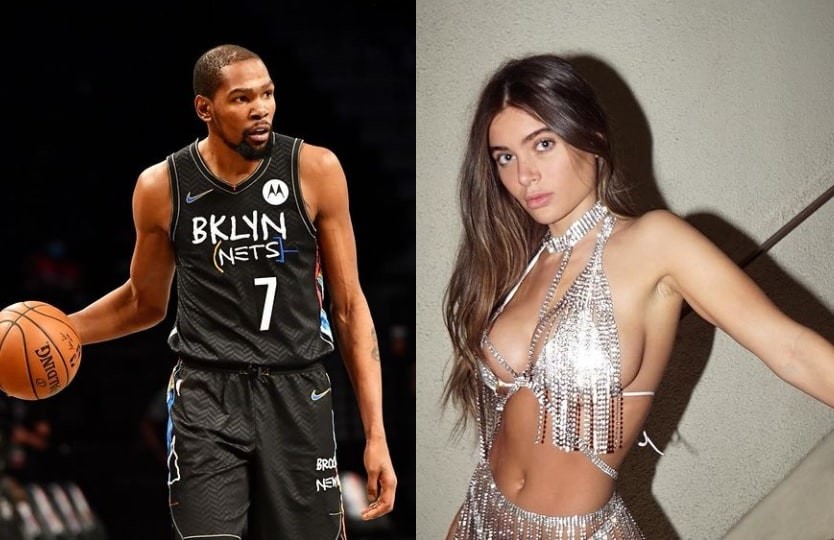 Brooklyn Nets defeated Boston Celtics in the first round of NBA Playoffs and advanced to conference semi-finals to face the Milwaukee Bucks. However, some Brooklyn stars seem to be getting the W on and off the court. Former pornographic actress and film producer, Lana Rhoades revealed the details of a ‘date gone wrong’ with Nets superstar Kevin Durant.

Kevin Durant came back from an Achilles injury this season as if it never happened. While an injury like that can be career-ending for some players, he is having a career-high season with the Brooklyn Nets averaging 32.0 points, 3 assists, and 7.8 rebounds on 50/40/90 splits so far in the playoffs alongside Kyrie Irving and James Harden. 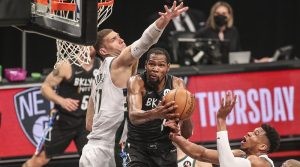 Brooklyn Nets are all set to come out of the eastern conference with the best odds and take home the championship as well. With three superstars and role players like Blake Griffin, Joe Harris, and DeAndre Jordan at their disposal it will be a shame if they don’t win it all this season.

On 3 Girls 1 Kitchen podcast, Lana Rhoades gave spicy details about the date and it turns out the lack of spice was the reason she didn’t enjoy herself that night. Rhoades apparently flew to New York with her girlfriends and a Brooklyn Nets star invited her to the game and got them the Skybox at Barclays Center.

After the game, they went out for dinner but the date went downhill. She didn’t find Kevin Durant interesting enough and they did not have anything common. Lana made an effort to have a conversation asking him what he likes and what his opinion was on so and so topic but KD did not reciprocate that energy.

We ended up leaving dinner, not because of that situation because at that point, you’re already friendzoned, I don’t give a fuck who you’re talking to, the date was really boring…I don’t want to be mean but me and this guy just didn’t click and I’m like what’s your favorite this, what’s your opinion on this, and he was just like, I don’t have opinions on anything, I don’t have favorite anythings, and he was serious and he wasn’t just saying that to shut down the conversation…he’s not spicy enough for me

Although she never directly took Kevin Durant’s name throughout the conversation, she did mention that the Nets’ star was a libra and that only points to KD.