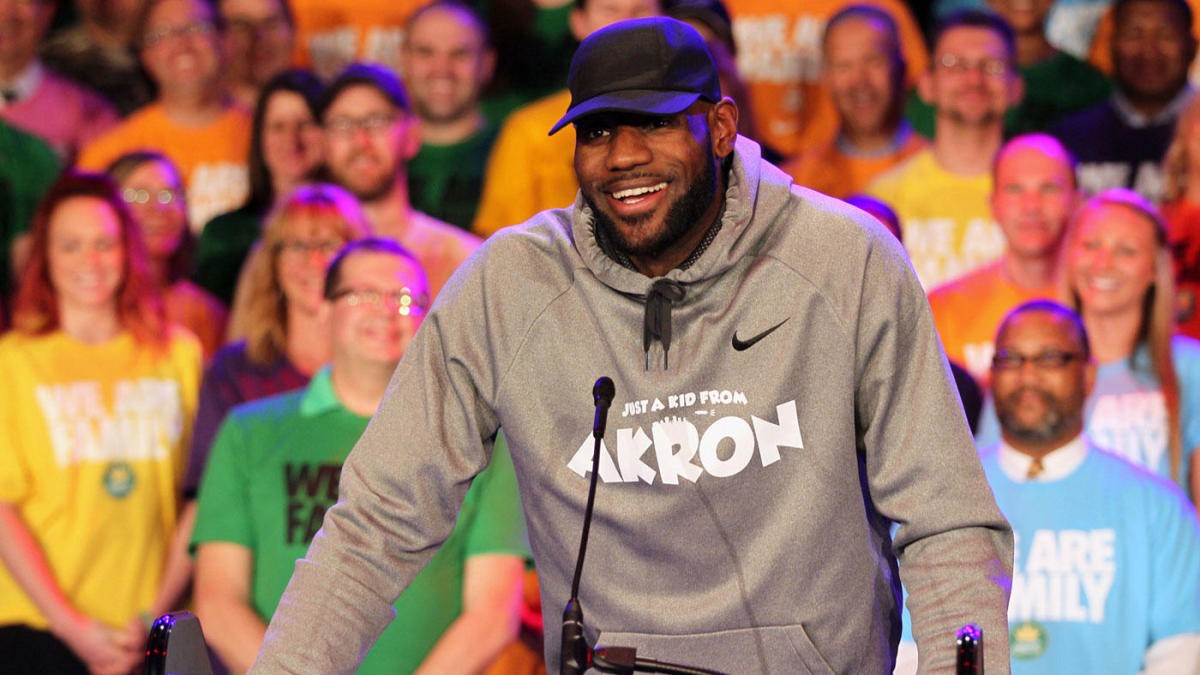 LeBron James is the best thing to come out of Cleveland. Not just for Cleveland sports but the entire state of Ohio. It’s because he’s found a way to utilize his success to give back to the people that supported him on his come-up. He’s created one of the best educational facilities with the ‘I Promise program’. And he’s gotten the Cleveland Cavaliers an NBA title which was a great way to unite the city.

Even in his venture into Hollywood, LeBron James has not stopped looking out for his city.

LeBron James has taken a huge leap in the world of films. He’s featured in movies like ‘Trainwreck’, ‘Space Jam 2’ and ‘Small foot’. It’s a way that NBA players have been using their fame to stay sustained even after retirement. Shaq and Kobe were great examples of the same. Shaq was in ‘Grown Ups 2’ whereas Kobe won an Oscar for his short ‘Dear Basketball’.

However, just like LeBron is selfless on the court, he’s been selfless off the court as well. In the shooting of his biopic, he gives back a lot to the city that raised him. ‘Shooting Stars’ is the name of LeBron’s biopic. It was named after LeBron’s autobiography from 2009.

This biopic will tell the story of LeBron’s high school era during his time at St. Vincent St. Mary high school where the journey will be to the high school national championship. However, they do not want it to look staged but way more authentic.

They’re looking for exactly what happened in 2003 to let fans feel through the visuals what it was like before LeBron came into the league.

“When you grow up in Akron, Ohio, you already feel like no one cares about you too much. And the only people that really care about you are the ones from that town. When you are in certain community centers, in certain gyms, you look for inspiration—people who came before you, people who were already there.”

LeBron’s intentions seem clearer than a night’s sky. This is why, during April, May, and a little bit of June, filming will be carried out in Akron. That will generate close to $25.5 million for the local economy by the time filming wraps in June.

In case you’re wondering “what’s up with all the trucks at Stella Walsh?”, the old South High gym is being transformed into St. Vincent-St. Mary for the upcoming Lebron James biopic.

We’re so excited to have this Hollywood production in the neighborhood! pic.twitter.com/63zfhZZRnu

The fans and residents of the area seem ecstatic about Hollywood coming to them and the amount of money and jobs it will crop up for them. Will LeBron’s biopic turn out to be better than that ‘The Last Dance’ and ‘Winning Time’?