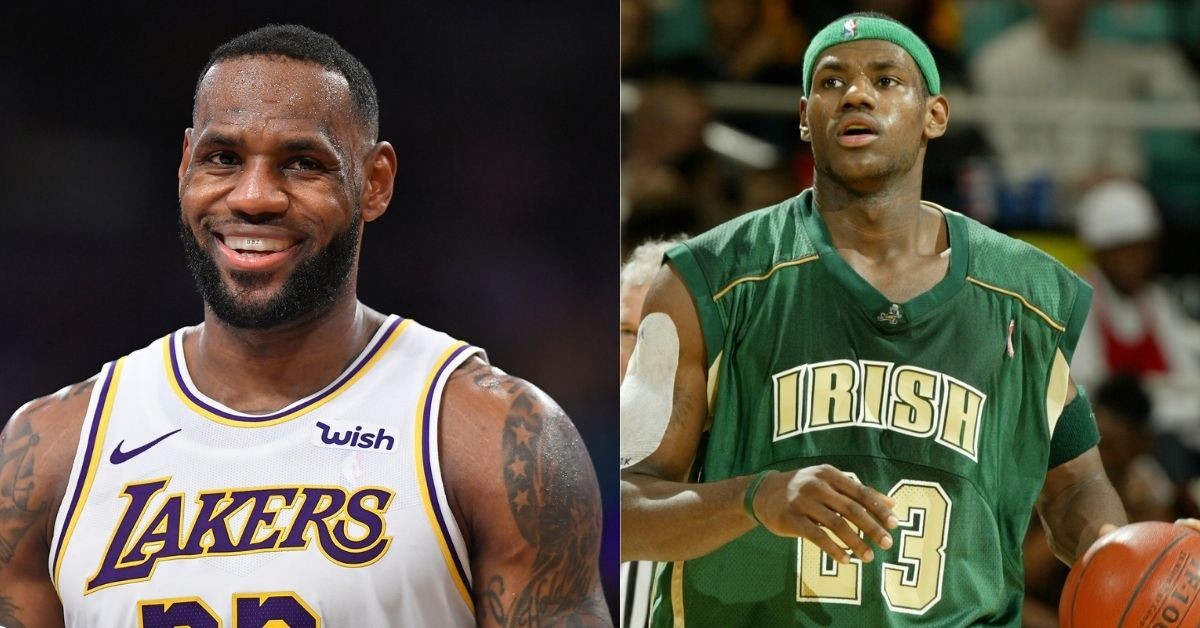 LeBron James is one of the greatest basketball players in the NBA. He is now entering his 20th year in the league, with the Los Angeles Lakers. Additionally, he has won 4 NBA championships and made it to the NBA Finals 10 times. LeBron has drawn comparisons to Michael Jordan since his youth. Therefore, he was one of the most sought-after or hyped-up high school basketball players.

People do not understand the pressure of being a star athlete in a school, let alone being heralded around as the “Chosen one” and people believing that you should be undefeated and unstoppable. LeBron entered the league with extremely high expectations.

The life of an elite NBA draft prospect is quite imaginable. The Media coverage also hypes up the young athletes. This brings about a level of scrutiny and judgment for anything the player does on the court or off it.

LeBron James went to high school at St Vincent St Mary. They were not a star-studded high school team such as Duke or Kentucky. LeBron averaged 31.6 PTS, 9.6 RBD, 4.6 AST, and 3.4 Steals. These stats and performances even earned him recognition even at a high school level. Here is the tweet where he shows media footage of him during the very early years of his career.

Wow it’s been awhile since I’ve seen that footage. Weight of the world on the shoulders on #ThekidfromAKRON???????? https://t.co/nj1hj3xIe7

LeBron James deserves credit for handling the pressure. Whether he acknowledges it or not, he has had a lot of pressure in his NBA career. He has always carried his team, mediocre or not, to the highest level.

Lebron James won his 4th title in his 17th year. However, the world and the media still expect him to compete and carry the Lakers to more championships. It is ironic that the weight on his shoulders does not seem to have really gone away.

The NBA world can argue about who is greater between the two. However, it is almost certain that people have expected LeBron to do more, longer into his career. Therefore, the weight isn’t expected to lighten anytime soon. LeBron  James is still playing at an elite level, far past when Michael Jordan was years retired.