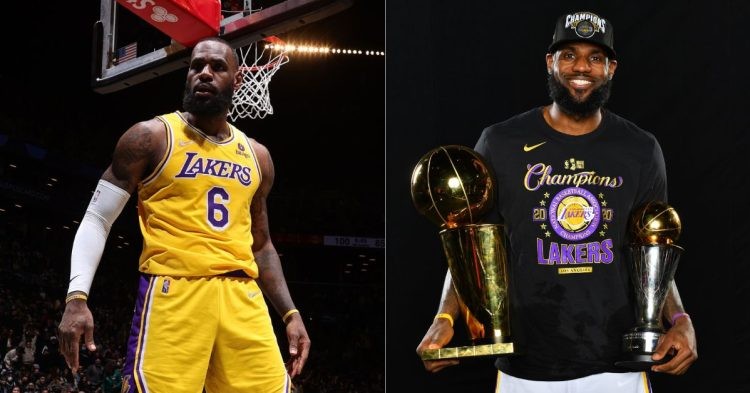 LeBron James is arguably the GOAT of the NBA. Many might disagree and say Michael Jordan is better and that’s fine too. But LeBron’s legacy and achievements in the league make him one of the greatest athletes of all time. He has averaged 30.3 points, 8.2 rebounds and 6.2 assists in 56 games during the 2021-22 season. Despite his age, he still is one of the best.

Apart from what he shows on the court, the 37-year-old has also become an entrepreneur off it. Recently, LeBron became the first billionaire among active players. And it seems like he isn’t slowing down anytime soon as well. His latest contract with the LA Lakers makes him the highest earning NBA player of all time.

Reports have emerged saying that James decided to commit to the Lakers project. He has signed an two-year contract that is worth $97.1 million. In addition to that, the contract also includes a player option for the 2024-25 NBA season.

The deal will see James earning about $46.8 million during the 2023-24 season as the base salary. For the second year, King James will make $50.4 million, according to spotrac.com. Moreover, the $97 million dollar figure could even increase to more than $110 million, depending on the salary cap in the 2023-24 season.

LeBron will be 40 at the end of the second season. For a player of that age, James would be making a huge amount. However, knowing him, he would still be in pretty good shape and form and prove to be worth every penny.