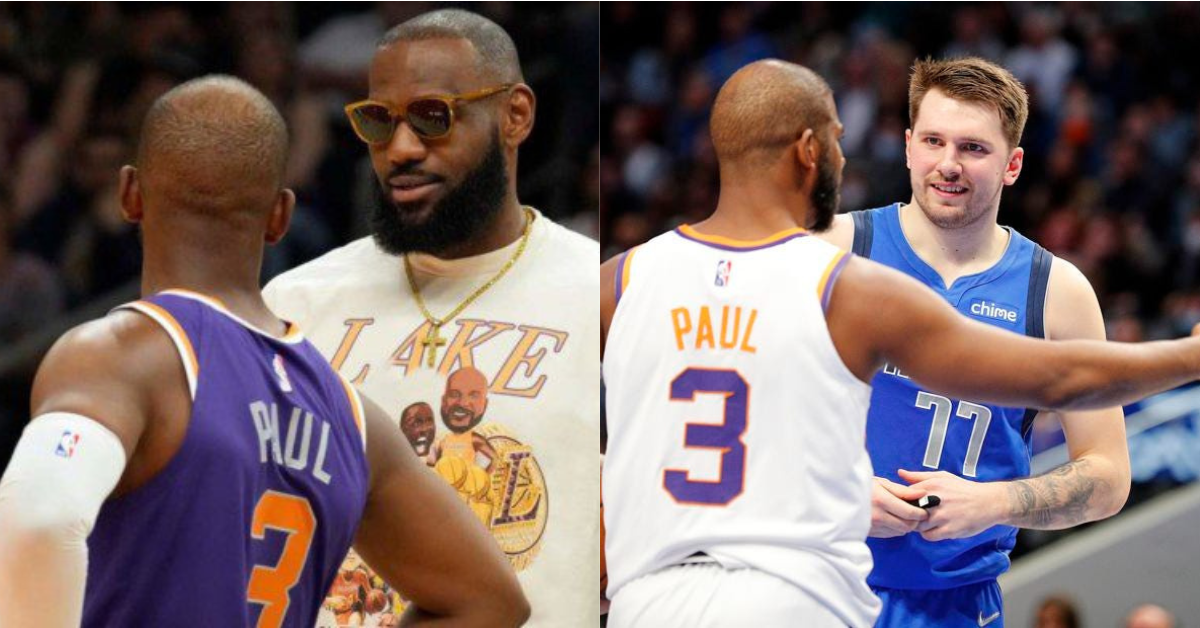 The Phoenix Suns have found their rhythm once again. After having a stellar season breaking franchise records and season highs, the Suns were considered the team that will win the West. Phoenix found a winning formula with Chris Paul as their catalyst. Since he joined them, they’ve reached elite-level heights. It has reached a point where LeBron James is now a fan of the Phoenix Suns.

This is ironic considering that players on the Phoenix Suns hate the Lakers. Not because of anything they did, but because the Lakers were considered favorites even though the Suns played better. We’ve seen a lot of beef from the Suns’ side towards LA but LeBron James seems to be undeterred by his love for his best friend’s success.

The Phoenix Suns are showcasing elite-level play night after night. In the first round of the playoffs, they showed signs of weakness. But since they’ve gotten Booker back, all that seems to have disappeared.

Luka Doncic was the man that was in the way between the Suns and their conference finals appearance. Doncic is the only player in NBA history to average over 30ppg in the playoffs, along with Michael Jordan. However, he does not have a sidekick that’s also an elite-level player to help him out. So even though, stopping Luka Doncic might be hard, stopping his teammates would not be that difficult.

And that is exactly what unfolded tonight. Luka Doncic score 35 points in a game that he lost by 20. Chris Paul and Devin Booker combined for 58 points. Something that no other Dallas Maverick player could combat. Phoenix also has an amazing stat that proves how amazing they have been. The Suns are 52-0 in games this season where they have the lead entering into the 4th.

LeBron James who watched the game from home had to tweet out his appreciation for his best friend Chris Paul. Chris Paul is averaging 10.2 points per game in just the 4th quarter of the 2022 NBA playoffs. He has been the closer for the Suns at the age of 36 showing us that father time is undefeated.