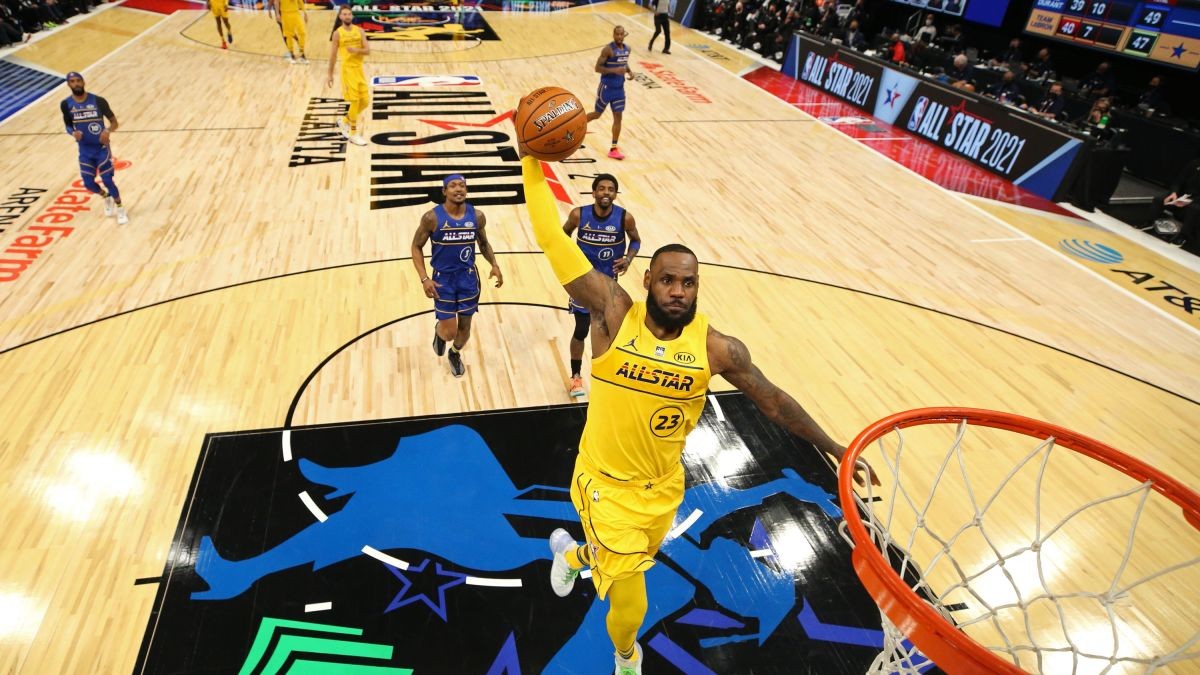 The 2022 All-Star weekend has begun with its day 1 events. In just a couple of days, however, we will see Team LeBron James take on Team Kevin Durant. The game will also mark LeBron James’ 18th All-Star appearance in his 19-year career.

On the list of most All-star appearances of all time, LeBron joins Kobe in 2nd and trailing only Kareem by 1 less appearance. Another record that Kareem holds which LeBron will snatch from him very soon.

LeBron was one of the most hyped players coming into the NBA. And he only exceeded those expectations when he played. That took an already strong fan base and added 3 times more people onto it. His game is so exceptional to watch that the prospect of seeing what he could do in an all-star game was too enticing.

That made sure that he was voted in every season from 2004-05 till today and made a starter a majority of those seasons. All-star starters play some of the most minutes in the game and multiply that by the 18 appearances LeBron’s made. James has also never missed one of these games in any season. That has amassed him 531 minutes in the All-Star game.

To understand how much that is, the Entirety of Team Kevin Durant has played a combined 271 minutes. LeBron has played almost double the amount of time. Team Kevin has a lot of players that are still early in their careers and have played few if not even one all-star game so far.

Players like Wiggins, Ball, Morant, and Murray have not played their first all-star game yet. And the other players like Tatum, Young, Towns, Booker, Middleton, and Gobert have been stars for a while but still have fewer appearances combined than LeBron.

This all will surely change very soon but it’s such a fascinating stat to think about.