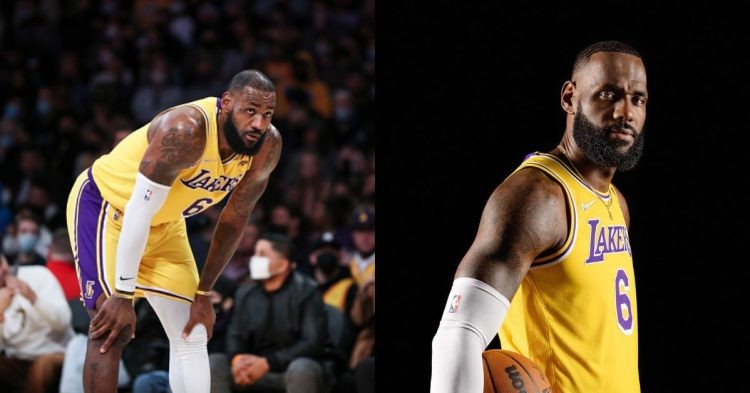 The Los Angeles Lakers have been having quite a disappointing season so far. They have won just two of their nine games so far in the 2022-23 NBA season. The only games they have won were against the New Orleans Pelicans and the Denver Nuggets. Considering their star-studded lineup including the likes of LeBron James, Anthony Davis, and others, the recent form is quite disappointing.

However, to make matters worse for the Lakers fans, LeBron James has gotten injured in the last game. Cameras captured the 4x NBA champion limping on the court. It seems like he will be out for a while. Lakers head coach Darvin Ham recently let the world in on how long King James will be out for.

When will LeBron James return?

LeBron suffered the injury during the game against the Los Angeles Clippers recently. The Clippers took the win with a score of 114-101 that night. However, what caught the attention of the NBA world was when LeBron looked uncomfortable on the court.

LeBron James on his groin: pic.twitter.com/lnhTmC4udQ

At first, fans did not understand what prompted LeBron to walk uneasily. In addition to that, the fact that the 37-year-old left the game early prompted the fans to worry even more. However, he clarified the questions later on regarding the injury he picked up.

He’ll be listed as doubtful for Friday’s game, and is day-to-day moving forward.

When answering Mike Trudell‘s questions, LeBron said, “When I landed, I felt a little spasm or strain in my groin.” Moreover, the Lakers star was spotted in practice, but in normal clothing and with a wrap on his left groin. This was after Darvin Ham announced that James would be evaluated by the doctors.

Dave McMenamin later told the world that the Lakers head coach revealed that LeBron will be missing at least two games. For context, the part that the player has injured will be his adductor. For those who don’t know, adductors are the muscles that are part of the inner thigh area. It seems like LeBron injured the adductor on his left leg. He is expected to be back for the against the Detroit Pistons on November 19th.