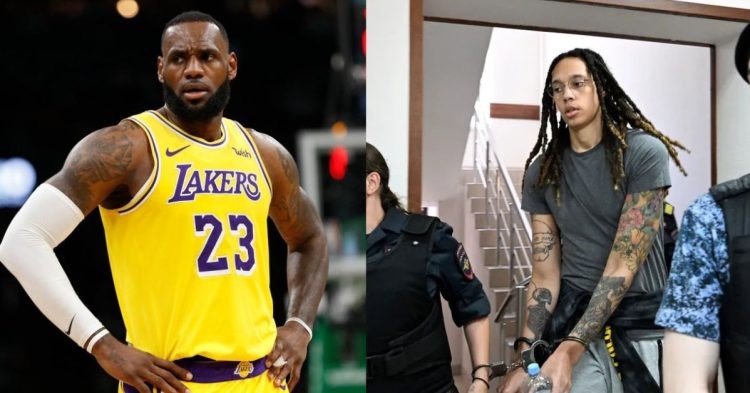 Brittney Griner is one of the best WNBA basketball players America has seen. She has won countless accolades throughout her career, including an Olympic gold medal and a WNBA Championship. Despite all this, many do not know her story. Everyone can agree when I say she is one of the most underrated athletes in the country.

Griner played for UMMC Ekaterinburg in the Russian Premier League this year. She intended to play in Russia during the offseason. However, she could not leave the country after customs officers detained her. Reports say that officials found vape cartridges in her luggage.

Russian state TV has released a photo of WNBA star Brittney Griner, who was arrested on drug charges in the country after Russian officials say cannabis oil was found in her luggage. CNN’s @RosaFlores has the story. pic.twitter.com/SzB9MSSQfY

The main reason for the detainment was that the cartridges contained hashish oil. Hashish oil is a form of cannabis. The drug is banned in Russia. Although cannabis is also illegal in the USA, it is allowed in certain states. After being detained, Griner has said that she did not mean to break Russian laws.

Many around the world have shown their support for Brittney Griner. LeBron James was one of them. He spoke out on the latest episode of UNINTERRUPTED.

Recently, LeBron James spoke out on the situation. He mentioned how Brittney Griner would feel being in a foreign country alone with little to no help. He said, “How can she feel like America has her back. I would be feeling like do I even want to go back to America.”

People took LeBron’s words as criticism of the USA’s efforts to help Griner. Fans took it as a way of LeBron saying Brittney should not return to the country since they do not have her back. Many were quick to have a go at LeBron after UNINTERRUPTED released the trailer on YouTube.

LeBron James says if he was Brittany Griner he wouldn’t want to come back to the United States because she’s been in Russian prison too long. LeBron on virtually every issue other and than basketball is an idiot: pic.twitter.com/Xyh70QMA6J

This wasn’t the only tweet criticizing the LA Lakers star. Many took a shot at him and called him an “idiot”. Seeing the situation get out of hand quickly, LeBron chose to clarify his comments.

My comments on “The Shop” regarding Brittney Griner wasn’t knocking our beautiful country. I was simply saying how she’s probably feeling emotionally along with so many other emotions, thoughts, etc inside that cage she’s been in for over 100+ days! Long story short #BringHerHome

The 37-year-old said he was only speaking about how Griner would feel while she’s in jail. To be honest, we can really look at how quickly people can take things out of the intended perspective. The Griner issue has been one that has been floating at the top for a while now, and LeBron is the player that people always expect to be perfect no matter what. When he said what he said, people who went for him must have been like “finally”.