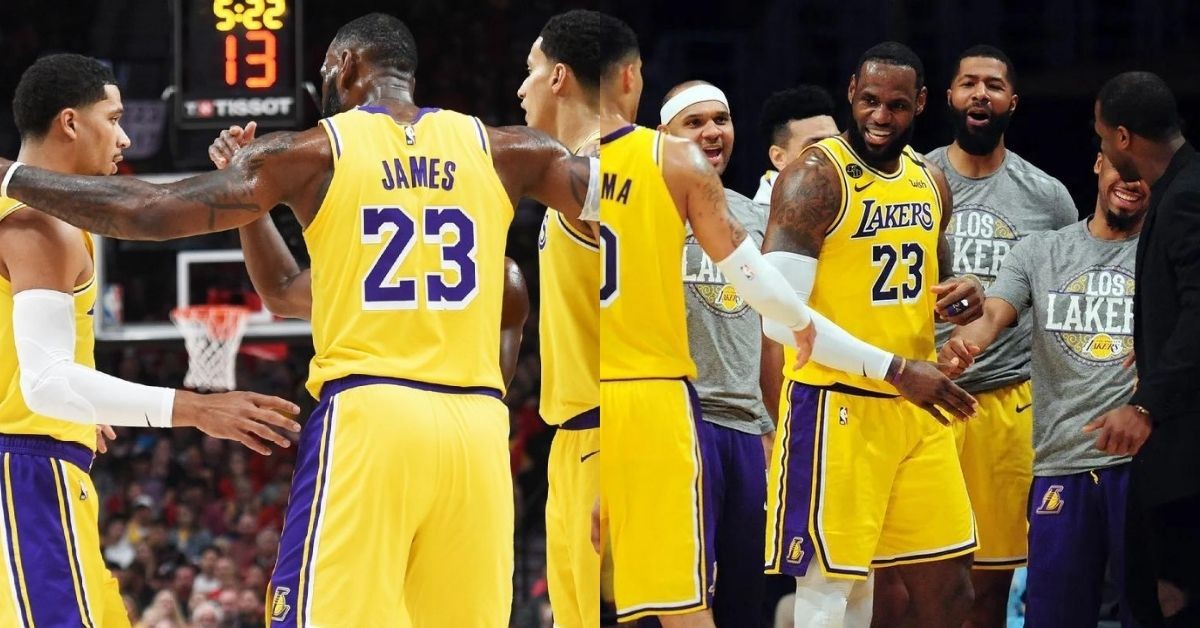 The Los Angeles Lakers are historically one of the greatest franchises in NBA history. They have won 17 NBA titles as a franchise and also led dynasties through generations. The biggest stars have played on the big stage of LA and showcased that basketball is a culture and not just a sport.

Recently the Lakers have had a rocky set of seasons. They first saw Kobe retire, then went into a couple of years of a rebuild followed by the arrival of the King. LeBron James came to LA and attracted stars and won a title and then it all fell apart. Since winning the NBA title, LA has lost in the first round and missed the playoffs entirely in subsequent seasons.

Lakers teammates do not agree with the LeBron James slander

LeBron James played a huge role in making the team look like what it is today. It’s what he does whenever he goes to any team. Takes control of winning now and leaves no assets. That’s now the reason why the Lakers are in a pretty awful place. They are bad but cannot benefit from that either.

However, despite all of that, LeBron James did play well this season. He kept demolishing milestones that most people thought were impossible. He averaged 30 points per game with 8 rebounds and 6 assists this season. This was the first time he’s done this since the 2007-08 season. In his 19th season at the age of 37, LeBron James was competing for the scoring title. Yet he is what everyone believes was the problem.

“The dude was third in the league in scoring. What else do you want him to do? He put his body through a lot this year to be there for us.”

Kent Bazemore, one of LeBron’s teammates in LA this season, knew how much James did. LeBron was battling injuries during this season but still was more reliable than any player in the league. He would have to score 50 points in a game to push LA to win. The team just never fit together and injuries made it worse.

LA seems to be in no man’s land but has the talent, when healthy, to be a contender. How will LA be able to achieve that?