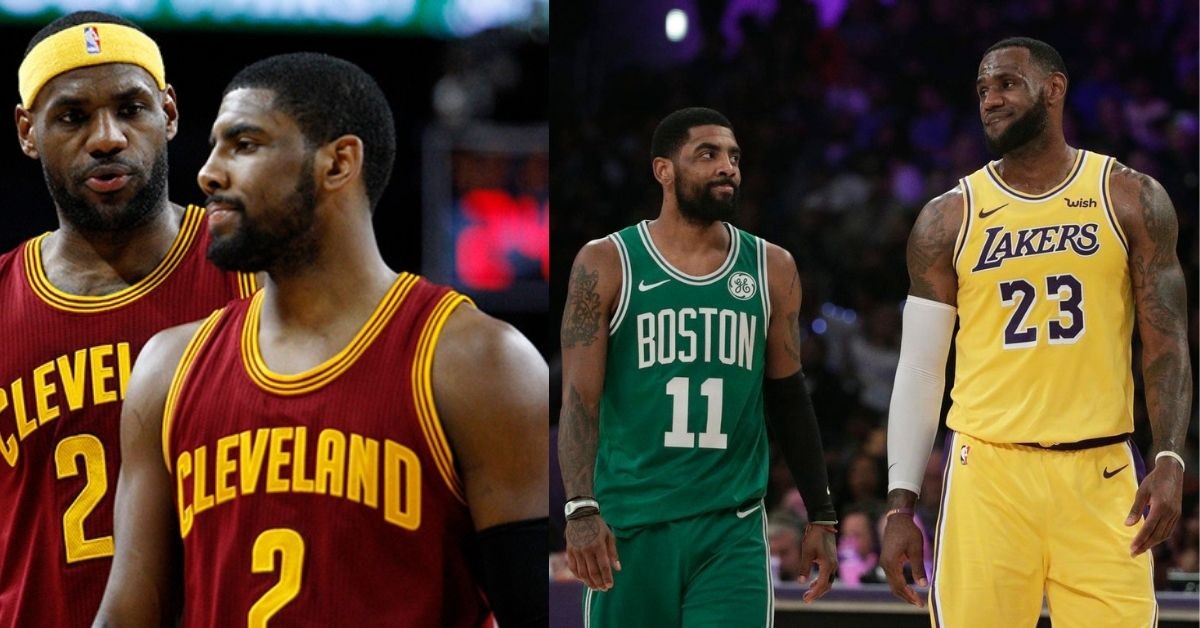 The Los Angeles Lakers had a terrible 2021-2022 season and struggled to get going. They finished 11th in the Western Conference standings and failed to make the Play-In tournament. A lot of the blame was levied on LeBron James and his recruitment of All-Star point guard Russell Westbrook.

LeBron, personally, had a great season but his impact was canceled out by the poor showing from the rest of his teammates. The 4-time champion averaged 30.3 points and 8.2 rebounds in 56 games. In contrast, Westbrook averaged only 18.5 points, 7.4 rebounds, and 7.1 assists.

The duo clearly did not work together but LeBron has found exceptional success in the past with point guards in the Russell Westbrook mold. Namely, Kyrie Irving at the Cleveland Cavaliers.

Eventually, the duo split after the next season sparking rumors of a rift between the two. While those rumors have been quashed time and time again, another possibility has come to light. The possibility of the two playing together.

LeBron James reached out to Kyrie from the Lakers

Irving’s departure from the Cavaliers was followed by a stint at the Boston Celtics. However, his expected extension to stay on with the Celtics never came to fruition and he became an unrestricted free agent. It was around this time that former teammate LeBron made contact with him.

Report: LeBron James reached out to Kyrie Irving to mend fences in 2019 only for it to disappear after he chose Nets https://t.co/vU5m43quDj

Per ESPN’s Brian Windhorst, “A couple of years ago when Kyrie was headed to free agency, LeBron James was interested in trying to recruit him to the Los Angeles Lakers.”

Windhorst further reports that James tried to build bridges over their mixed past, “And he reached and attempted to mend fences. It lasted for a short time. When Kyrie didn’t choose the Lakers, their relationship went away again.”

Unfortunately, it was not to be as Kyrie did not reciprocate LeBron’s desire to play together. Perhaps it would have been a very different story for all the parties involved if Kyrie did go for it.