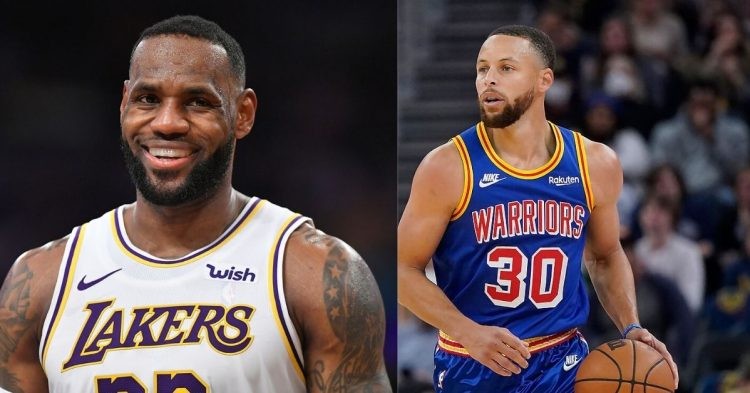 LeBron James and Stephen Curry are the modern faces of the NBA. They have proven themselves to be the best players of this generation. Curry and LeBron have been opponents and rivals for decades now.

King James was compared to Stephen Curry in terms of all-time greatness. However, when asked about the greatest three-point shooter in the world, he merely laughed in response.

One must wonder if Stephen Curry is so far beneath LeBron James that any comparison between the two is being laughed at.

King James has had the pressure of having to carry his franchise just like Michael Jordan did. Additionally, he has had much fewer star players around him for several stretches of his career. Therefore, his consecutive trips to the NBA Finals and championships are a testament to his greatness.

Stephen Curry has been drafted and spent his career with the Golden State Warriors. He revolutionized the game of basketball, in terms of long-distance shooting. Steph is perhaps the best shooter, with the fastest release speed we have ever seen.

The main reason LeBron and Steph should not be compared is the difference in what they bring to an NBA team. As they have a physical difference of more than 6 inches and 100 lbs, it is really unfair to compare or hold them accountable to the same expectations.

The NBA might be becoming more guard-oriented. However, guards like Stephen Curry rarely take up the defensive assignment of guarding the best players on the opposition. On the other hand, this is something King James has been asked to do from day 1.

LeBron has played through eras of NBA “bigs” dominating the league. He has had to go toe to toe with Tim Duncan and the Spurs or Paul Pierce, Rajan Rondo, and the Boston Celtics superteam. There is no way the NBA would accept LeBron guarding Rondo and leaving the other stars to his team.

This is something Stephen Curry has simply no choice to do. He may be a versatile defender. However, his lack of defense capabilities at the higher levels is the biggest reason LeBron James mocks the comparsion.