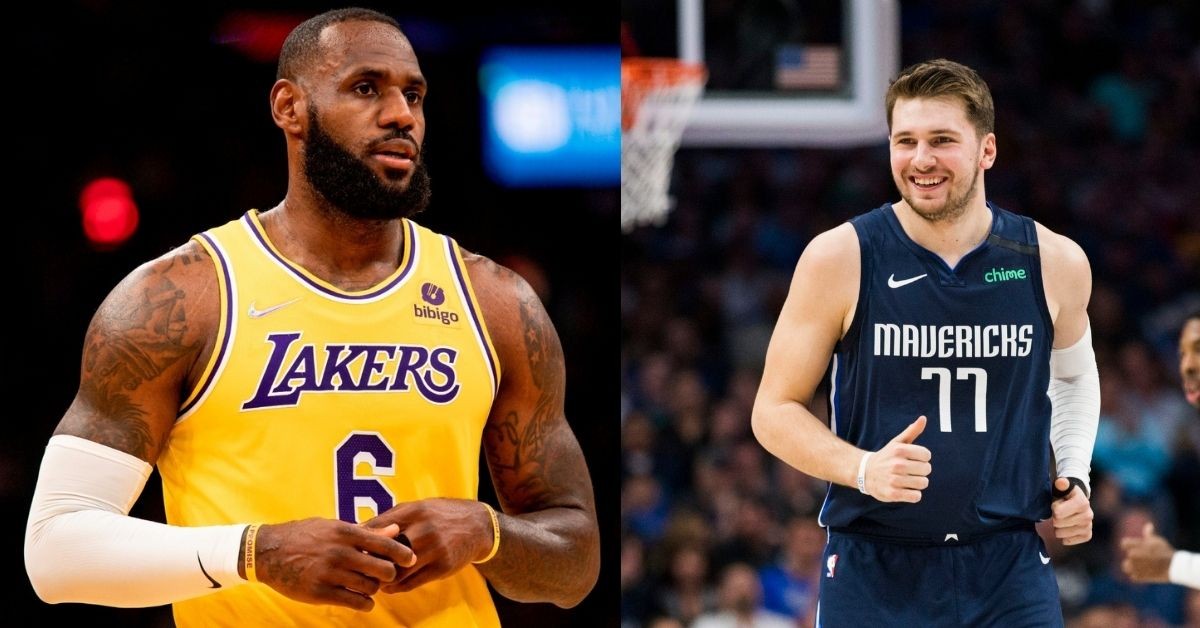 LeBron James is the face of the NBA and a global superstar. His success is second to none in the league right now even if he isn’t part of the 2022 playoffs. His 4 NBA Championships on 3 different teams have won him many fans across the world, across fandoms. But the man himself also has a favorite.

LeBron’s season ended prematurely as his exploits could not salvage the Los Angeles Lakers’ poor season. The Lakers finished 11th in the Western Conference standings missing out on the Play-In tournament by one place.

It was an extremely disappointing season for the team touted to be title favorites in the offseason. Their move to sign Russell Westbrook was what propelled them to be contender favorites. However, it was the same move that undid their season as the former MVP failed to get going alongside James.

Changes in the franchise are inevitable. But for now, LeBron James is trying to recover from his injury and prepare for the next season. His past season was by no means a failure on a personal level. The 4-time MVP averaged 30.3 points and 8.2 rebounds a game. But he will look to make those numbers count with his team too next season.

Meanwhile, he has also kept a close eye on the dramatic 2022 postseason that has entertained all of us.

The playoffs have been a stage for the best players to showcase themselves. And increasingly so, it is the next generation of players stepping up. Whether it be the championship pedigree of Giannis Antetokounmpo or the franchise revivalists in Jayson Tatum, Luka Doncic, and Ja Morant, they have all put on a show.

One way to unwind from the grueling season for LeBron has been watching the playoffs and reacting to it on Twitter. But he recently opened up on Twitter to the fans to answer any burning questions they had for him.

On being asked who his favorite player under the age of 25 was, LeBron inevitably went Luka Doncic. It is no secret that LeBron hugely admires Luka and the similarities between their play are also uncanny. And perhaps James does not even limit his selection to under 25, Doncic might just be his favorite player in the NBA.

Doncic himself has no days off though. He just got done decimating the 64-wins Phoenix Suns in brutal fashion. The young 3-time All-Star reached his first Western Conference finals against the Golden State Warriors.

As the world tunes into the biggest game of Luka’s career, one special fan named LeBron James will also be watching on.