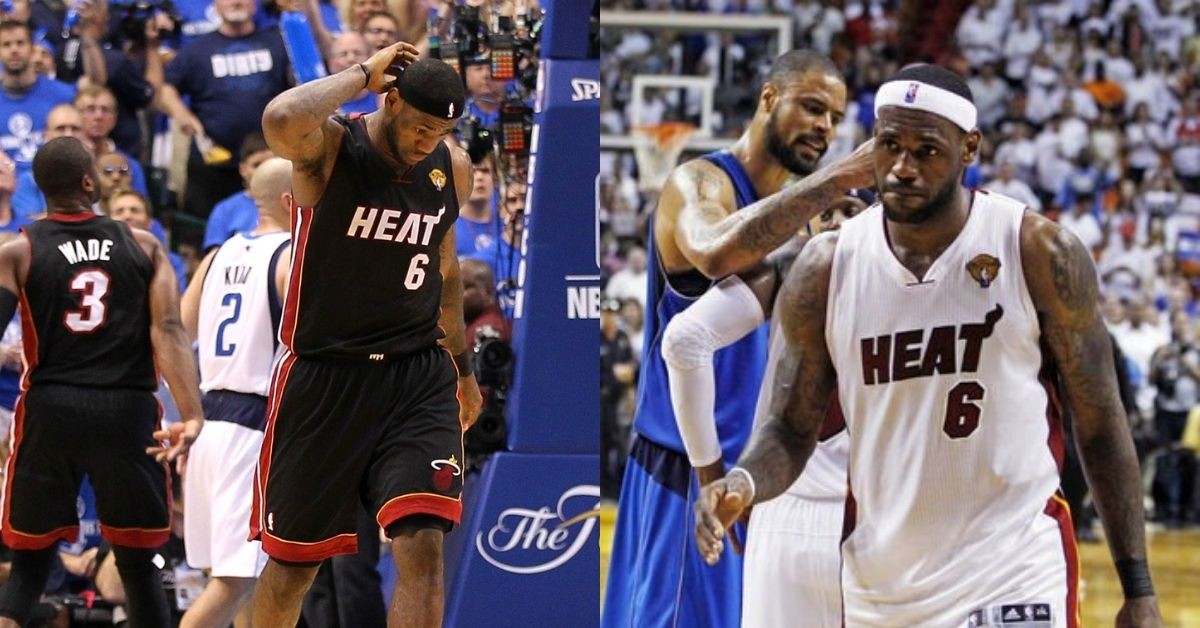 Earlier today, LeBron James opened up a can of worms by hosting a Q&A on his Twitter. We got all sorts of controversial and fun answers. We know his favorite book, movie, dessert, and even his favorite moment as a Laker. However, King James also revealed the toughest moment of his career and it was the 2011 NBA Finals.

LeBron has made the NBA finals 10 times in his career. But has won just 4 of them and lost 6. Each loss in the finals was tougher and more different than the other. He’s been swept a couple of times, lost to dynasties, and even just some great teams. However, he still ranks one of those losses above everything.

In 2011, LeBron James was done with the Cleveland Cavaliers. He moved on from the team that drafted in to join his first-ever super team. LeBron James, Dwayne Wade, and Chris Bosh ushered in the era of the Heatles. They promised the fans on winning 8 titles together and began instantly by making the 2011 NBA finals.

By that time Dirk Nowitzki was building a bit of a reputation. He made the NBA finals in the 2005-06 season, ironically, against Miami, and lost in 6 games. The very next season he broke a franchise record in wins and was named the MVP of the league. And then went on to lose to the 8th seed in the first round.

His career would go one step ahead and then 2 steps back. In 2011, Dirk was making a career revival. He beat Kobe Bryant and Kevin Durant to make it to the NBA finals but was taking on a super team.

The Miami Heat were a great team on paper but crumbled in the NBA finals. They lost in 6 games. LeBron James averaged just 17.8 points per game, 7 rebounds, and 7 assists. Those are role-player numbers for a superstar that was awful. It was a hater’s dream watching LeBron get destroyed on the biggest stage.

Losing in the finals to Dallas after playing like 💩💩!! I hit the reset button, went back to the basics, worked on things in my game I needed to get better at so the defense couldn’t just sit on 1 thing. Hours & hours & hours everyday in the off season on it. Came back 🔒 in! 🤷🏾‍♂️

LeBron regarded that final as the toughest moment of his career but used that to transform into the GOAT he is today. Was this truly LeBron’s toughest moment?