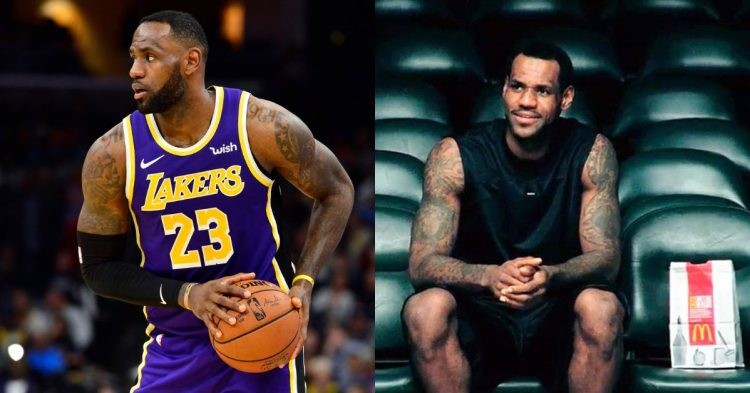 LeBron James is one of the greatest basketball players in the history of the game. He has also had an extremely long career and is yet to show any real signs of slowing down or declining as he enters Year 20. It is quite a well-known fact that King James spends millions of dollars on his health and his body.

These expenses are clearly part of the reason he has had a solid career so far. LeBron can afford the best forms of rehabilitation and physical therapy in order to prolong his longevity. His nutrition and diet are also huge variables that he keeps in control in order to maximize his performance and play. One must wonder what exactly LeBron James eats, and how it helps him stay in peak shape.

Any real athlete knows the importance of nutrition and good food. No matter how hard a person trains, it is simply not possible to outrun a bad diet. What you put into your body directly correlates to how much you are able to produce.

King James has been carrying his teams on his back ever since he joined the NBA. Therefore, his staying in shape is crucial to his success. He has been interviewed several times over the years on the topic of his diet. It would surprise many people to know that he treats his diet like a supermodel calculating her meals before a ramp walk.

When asked about what foods consist of in his diet, he revealed that removing the refined sugars is on the top of his priority list. James explained that these do not merely just help with the gaining of unnecessary weight and fats, it also prevents the recovery process and slows down his healing time.

LeBron chooses to stick to meats vegetables and fruits. He adheres strictly to these rules, especially during the NBA postseason. This is because that is the time of the year when he is expected to be ready to dominate. Additionally, he also revealed that he tries to avoid dairy products as they impediment his recovery. He also increases the consumption of carbs if he wants to avoid losing weight.

These are LeBron’s secret diet tips and why he has been able to perform at his absolute best on the NBA court.