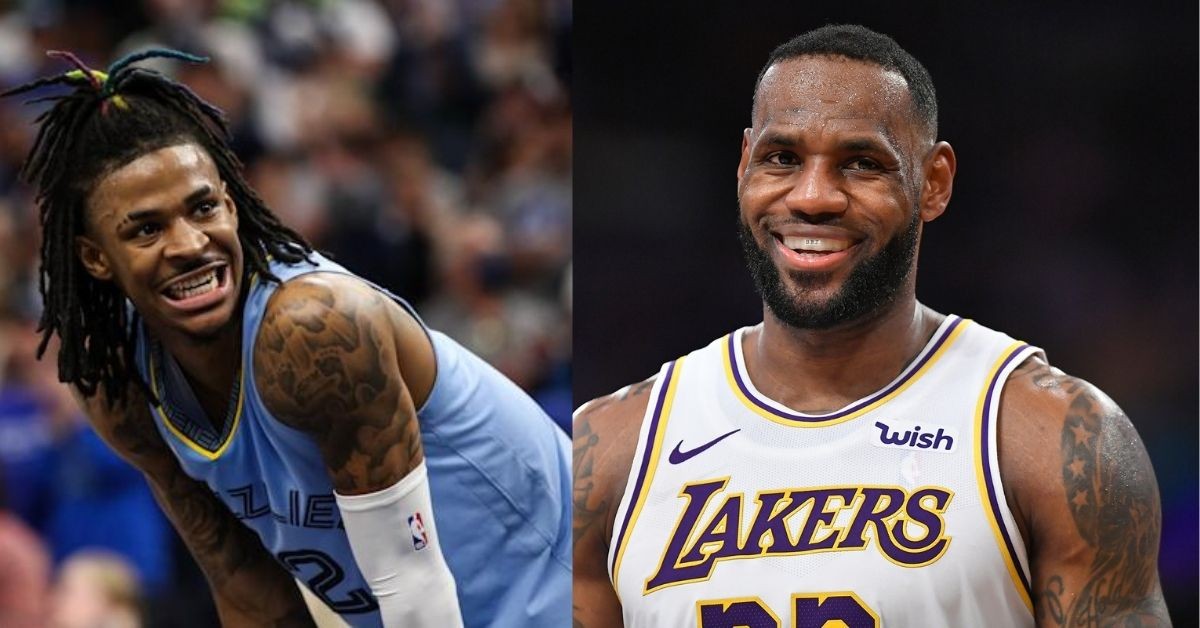 LeBron James witnessed Ja Morant display signs of greatness in game 2 of the Memphis Grizzlies vs Golden State Warriors series. The series began with the Warriors taking game 1. The Grizzlies were taken by surprise and lost at home to the Warriors. However, Ja Morant put on a show in game 2 and leveled the series at 1-1.

LeBron James has carried his team at several points in his postseason career. Therefore, he was full of praise for Ja Morant. Additionally, there wasn’t a single Grizzly player who scored above 15 PTS to come along with Ja in game 2. This puts the win on his shoulders.

LeBron James believes that Ja Morant is a rising superstar, not MIP

JA so damn tough!!!! There’s no way Ja should even have been in MIP talks. This guy is a flat out ⭐️ and always have been!! Real basketball ????s know. Not the majority of dweebs who don’t even watch basketball on those voting ballots.

Like a said JA too special to be in a MIP conversation. Rising Super⭐️

Julius Randle won the award last season for his sensational play with the New York Knicks, carrying them into the postseason. Brandon Ingram won the year before that. This occurred when he was traded to the New Orleans Pelicans and was a lot more ball-dominant.

Since there were always worse players who made dramatic changes to their games in the years Ja joined the league. He did not win MIP last year. Morant was even in MVP talks for this NBA season. However, he was injured for part of the season. Additionally, the Memphis Grizzlies were resilient even without Morant. Therefore, he fell out of MVP talks in the season.

LeBron also amusingly insulted the voters who chose to award him the MIP. He mocked them and called them “dweebs who don’t even watch basketball on those voting ballots”.  Ja has proved that he is a superstar capable of leading his team deep into the postseason. Additionally, he has the respect of LeBron James, which can only help.