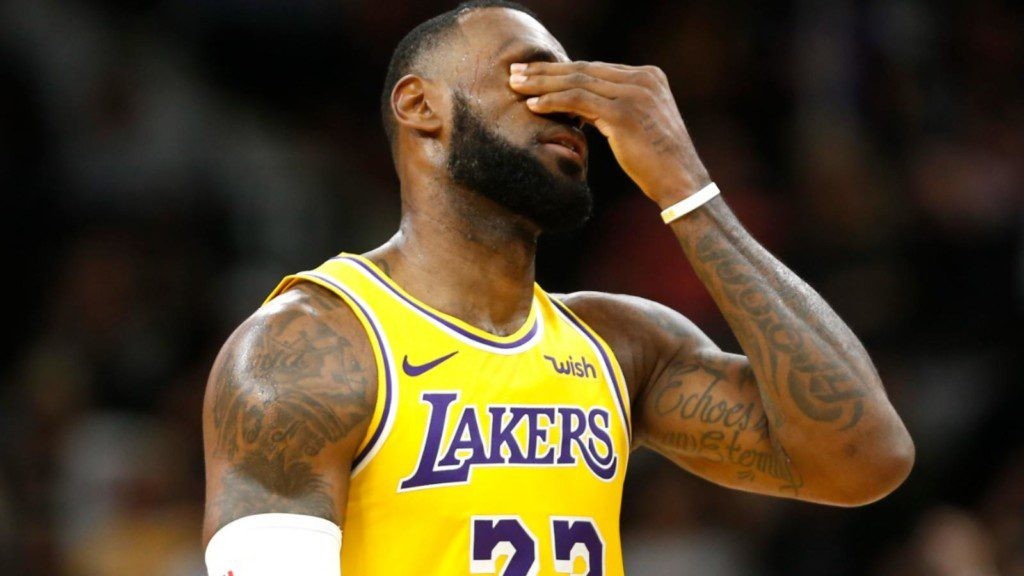 It’s 2022 and LeBron James no longer owns the city of Toronto. In fact, after tonight’s loss, the Raptors may have taken all their revenge from LeBron. The Los Angeles Lakers have lost again tonight and are 10 games under a .500 record. The loss to the Raptors was so embarrassing that LeBron’s frustrations were on full display on the court.

Los Angeles never had a chance from the beginning. By the end of the 1st quarter, the Raptors were leading by 21 points. The Lakers played no defense and 3 out of the 5 starters scored less than 8 points. The Raptors had 3 players that scored over 20 points tonight but the Lakers could do nothing to stop that.

LeBron James gets frustrated after the humiliation against Toronto

LeBron is not used to losing. And the fact that’s most unsettling to him is that he’s playing some of his best basketball on a nightly basis. He leads the league in points per game and even scored 30 tonight. But during the game, you could see the beatdown the Raptors had been putting on the Lakers messed with LeBron mentally.

In the 2nd quarter, LA was down 46-27 and LeBron’s double hand bounced the ball furiously. It’s a global symbol of anger and frustration. James also went on to harshly launch the ball at Scottie Barnes. As much as that was an attempt to keep possession, the force with which LeBron threw the ball at Barnes did not come from a place of love.

The final score was closer than it looked. Toronto led by 28 points in the game whilst LA was nowhere even close to tying the game. LeBron James even skipped the post-game press conference because of the nature of the loss and his actions on the court.

Since the All-Star break, the Lakers have played 10 games and lost 8 of them. And in the 2 wins that they did manage to scrape through, LeBron had to score 50+ points. The Lakers have been hanging onto that 9th seed with dear life. The New Orleans Pelicans are one game behind the Lakers. Soon we could see LA even without a play-in spot.