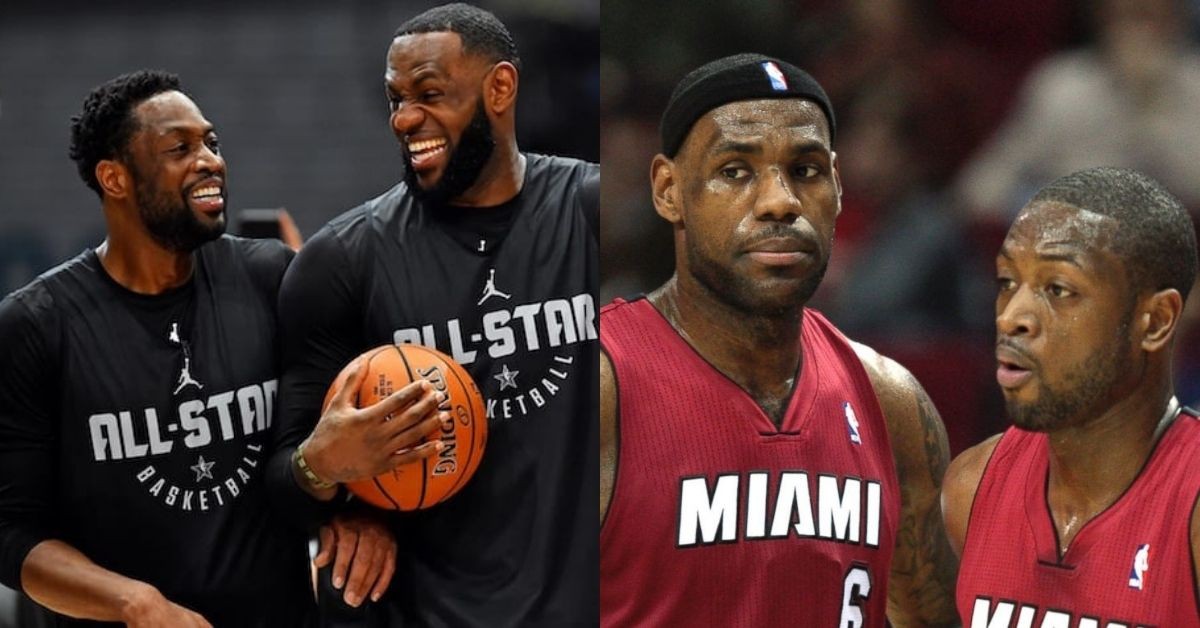 LeBron James is an all-time great that is notorious for needing an All-NBA caliber teammate to win NBA titles. He’s teamed up and created super teams on every single trip to the promised land. When asked during a Twitter Q&A about who was the one teammate (past or present) he would pick, in a 2v2 to play against MJ and Scottie Pippen, he did not mention his most successful running man in Dwyane Wade.

LeBron James and Dwyane Wade played 285 regular-season games with each other at Miami and half a season at Cleveland. They won over 220 games together. They also won 2 NBA championships together. Wade and Bron made the NBA finals in 4 consecutive seasons as well.

When SB Nation asked LeBron James ‘if you had to choose one teammate (past or present) in a 2v2 to play against MJ and Scottie Pippen, who are you choosing?’ The King picked 3 All-time greats as his answer.

His first pick, Kobe Bryant, is regarded as the greatest shooting guard since Michael Jordan. LeBron always wanted to play with Kobe and they would have created the greatest dynamic duo of all time. Picking him would be the correct answer when deciding on the 2 players that could compete with Jordan and Pip.

His other 2 picks were KD and Kyrie. Kyrie and LeBron did win one of the most impressive NBA titles of all time against the 73-9 Warriors. KD is a player that Jordan and Pippen would not know how to defend. He’s a guard in a forwards body with a great scoring acumen and good defensive skillsets.

But considering that LeBron gave multiple names to that question and still left out Wade is the biggest puzzle. We’ve heard recently that LeBron believed KD and Kyrie to be more skillful than he and Wade were. Could that have been the last straw that made LeBron forget about Wade?

I see no lie told! They are 2 of the most skilled players of ALL-TIME

Another name that was not on the list was Anthony Davis. Since winning their NBA title, he and King James haven’t played too much together. AD becomes injury prone and they don’t look to be contending any time soon.

Who do you think could have been the ideal player with LeBron James to beat Pippen and Jordan?