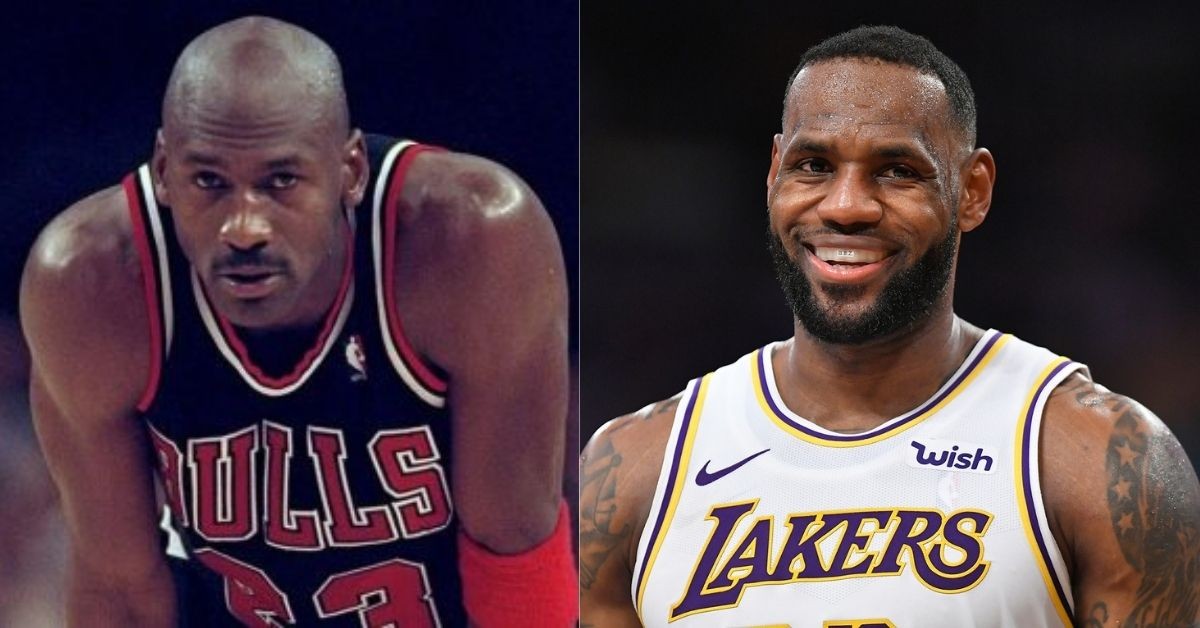 LeBron James and Michael Jordan are widely considered the two greatest players to ever play in the NBA. They are frequently compared in terms of greatness. MJ won 6 championships in his 15-year career. Additionally, LeBron James has won 4 NBA titles in 19 years.

The main edge LeBron has over Jordan is how long he has been able to play at a high level. LeBron has made 10 straight finals during his prime. He has always managed to lead his franchise to a title.

The stats have indicated that LeBron James has won more playoff series between 2011-2020(31) than MJ did his whole career(30). But how much influences this record is yet to be seen.

LeBron entered the NBA in 2004. He was instantly hailed as the savior of a franchise. However, he ended up struggling and facing early elimination in the playoffs. Therefore, he requested a trade to the Miami Heat in 2011. He paired up with D-wade and Chris Bosch and created a superteam.

The Heat made the NBA Finals all 4 years they had LeBron. He won two titles in those 4 years. He returned to Cleveland in 2015 and soon had Kevin Love and JR smith traded there to assist him and Kyrie in a deep postseason push.

This core of the Cleveland Cavaliers managed to dominate the Eastern Conference for almost half a decade. LeBron always dominated the East, whether it led to a title or not.

LeBron James has played with a list of stars in the NBA. Kyrie Irving, Dwayne Wade, Chris Bosch, Ray Allen, Rajan Rondo, Anthony Davis, and even an aged Shaq. This is why he has always had deep postseason runs.

Michael Jordan was the sole star on his team. There was never a time when Scottie Pippen or Dennis Rodman were considered better than him. Jordan was drafted into an Eastern Conference dominated by rough play.

He struggled for years getting past the Detroit Pistons. However, once the Bulls added Scottie Pippen, they were unstoppable. Jordan led the Bulls to 3 straight titles. This clearly took a toll on him. He announced an early retirement to go play baseball.

However, he was soon back in the NBA and led Chicago to win 3 more titles. MJ was on top of the world. He had completely dominated any matchup in the NBA. Jordan had never seen an elimination game in the NBA Finals. All these factors enhanced his image. However, he retired again following the second three-peat in 1997.

Jordan finally re-entered the league in 2001. He played for the Washington Wizards. However, he was well past his prime. Therefore, he was unable to be in real postseason contention at that point.