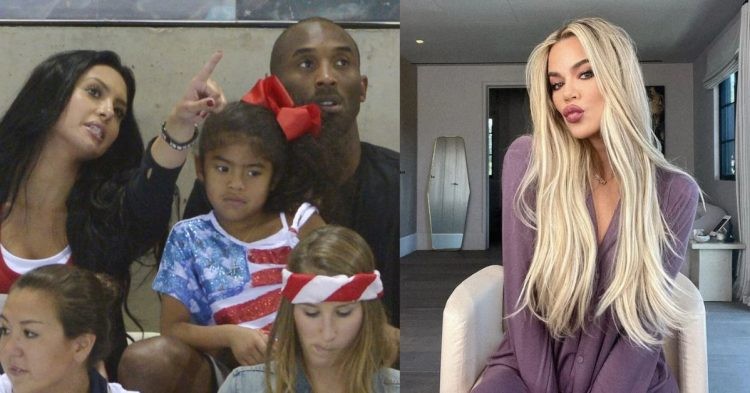 Khloe Kardashian is a celebrity and popular social media figure. She recently gifted Vanessa, wife of the late Kobe Bryant something as a form of tribute. NBA fans must certainly be aware of the tragedy that befell the Los Angeles Lakers star and his young daughter Gigi.

They were killed in a helicopter crash on the 26th of January 2020. Kobe was 41 years old and barely a few years out of retirement at the time. Moreover, his young daughter Gigi was only 13 years old.

As the 3-year mark of this unfortunate day approaches, Khloe wanted the Bryant family to know she truly cared. In comparison to the controversies that usually surround the Kardashian family, this appears to be truly genuine. Thus, one might want to know what she gifted Vanessa.

Even though a significant amount of time has passed, Khloe still kept the Bryant family in mind and had something special for them This was not an ordinary Gingerbread house and had been customized. On one side of the roof, it had the names of the remaining family members, Vanessa, Bianka, Capri, and Natalia. On the other side, Kobe and Gigi’s names were placed and tiny hearts and angel wings could be seen over them.

Vanessa Bryant receives a gingerbread house from Khloe Kardashian for Christmas with Kobe and Gigi’s names written on it https://t.co/cl0T7u0vrN

The Gingerbread house had a background that indicated snowfall as it is Christmas time. Additionally, there was also a banner on the house wishing the Bryant family a Merry Christmas. Soon, it was posted on social media and Vanessa even sent out a message thanking Khloe for this very thoughtful gesture.

Since it was been a few years since Kobe died, most of us might have acclimatized to the news by now. No matter how shocked we initially were. However, the same cannot be said for the Bryant family who is missing both a father and a daughter. Something that is incredibly sad and tragic.

Khloe Kardashian surprised Vanessa Bryant with a special gingerbread house, which had Kobe and Gianna’s names on it. 🙏

Khloe must have empathized with their pain to whatever extent possible. As a result, she gave them this gift to indicate that Kobe’s and Gigi’s spirits will forever be remembered. She has been doing so every year since the tragedy occurred.