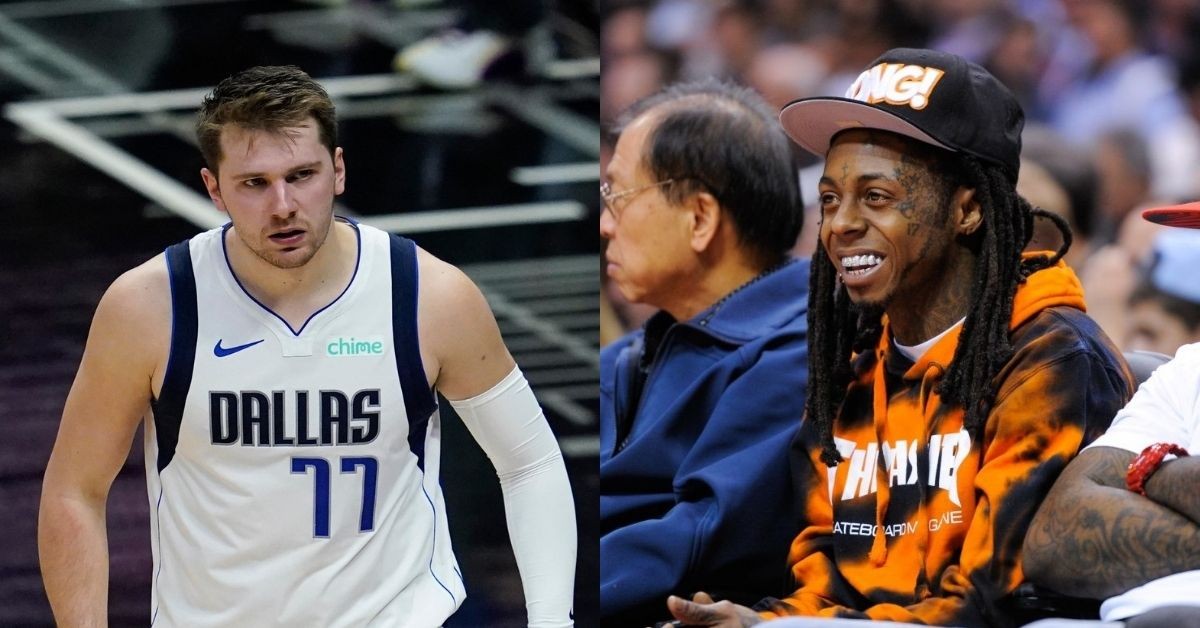 Game 7 is as big as it gets in the NBA playoffs. And the highly-competitive Western Conference semis between the Dallas Mavericks and the Phoenix Suns had the best players of the West showing out. Luka Doncic and  Chris Paul, orchestrating their respective teams. But in a high-stakes game like this, stars outside of basketball are a common sight too.

At the Footprint Center in attendance were plenty of celebrities, Travis Kelce of the Kansas City Chiefs and Larry Fitzgerald. The front row also included American rapper, Lil Wayne. Lil Wayne has been part of the Phoenix Suns’ followers since last season.

He showed his support for the franchise out of Arizona all postseason. And was also present in Game 6 of the conference finals as the Suns closed out the Los Angeles Clippers. Lil Wayne was at hand to congratulate the Suns roster and in particular, Chris Paul.

The rapper’s friendship with Chris Paul extends to back CP3’s Pelicans days, as Wayne is a New Orleans native himself. This postseason too, the musician has extended his support to the Phoenix side and closely followed their series.

In Game 4, the Mavericks tangled Paul up in foul trouble by targeting him for calls. Lil Wayne tweeted out his annoyance at Luka Doncic’s imitation of Chris Paul as he drew call after call against the veteran point guard.

Tunechi called out Luka for his actions but did not quite factor in the embarrassment that could come with it later on.

Game 7 came and went, and it was a blur for the Phoenix Suns. Luka Doncic left them in his lurch with a clutch performance for the ages. Scoring 35 points, 11 rebounds, and 4 assists. Securing the win and the series to progress to the conference finals.

But on a personal note, Doncic did it with Lil Wayne watching on in the front row. And Twitter was quick to notice, even if Luka himself probably doesn’t even know of Lil Wayne’s remark.

That was a quick reality check for the high-flying Suns, but also a humbling to their rapper fan. And perhaps a warning to call out Luka Doncic at your own peril.