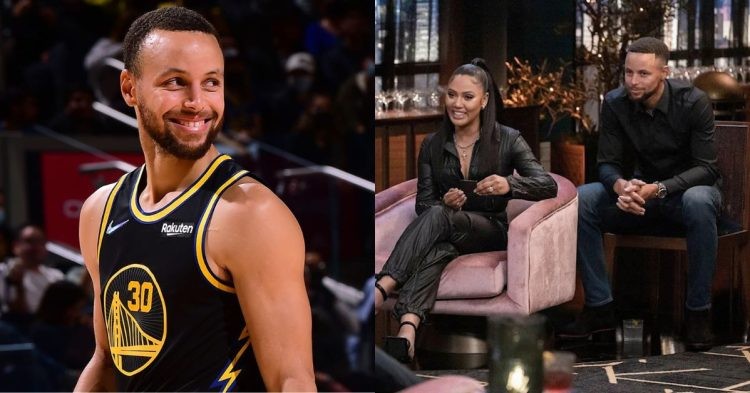 Stephen Curry is one of the biggest basketball players in the world. Over the years, he has upped his game, again and again, to prove that he deserves a spot in the Hall Of Fame. In 2022, to make his case stronger, he guided the Golden State Warriors to the NBA Championship and bagged himself a Finals MVP while he was at it.

He has been on point off the court too. Apart from basketball, the Warriors star has also starred in movies and TV shows to expand his expertise. He has made a name for himself after appearing on many shows with his wife, Ayesha Curry. Let’s take a look at the best of the movies and TV shows that Steph has starred in.

What is the best movie/tv show Stephen Curry has acted in?

Steph started his acting career by doing voiceovers in cartoons. Just like LeBron James and many others, he also voiced himself in the popular TV show, The Simpsons. Together with that, he did the same for another cartoon in Family Guy.

Adding on to that, the Baby Faced Assassin did not stop with that. He made a cameo, like many other NBA stars, in a very famous person’s TV show. Ballers; in which Dwayne Johnson played the lead role, which also had Steph act in a guest role for a couple of minutes.

It is safe to say that Steph has made his mark with his reality show appearances. He first appeared in his wife, Ayesha’s TV show that was aired on Food Network. The entire show was said to be filmed inside the Currys’ home, which is how Steph managed to make cameos on the show as well.

The best movie/show that the 34-year-old has starred in would have to be About Last night. The show consisted of Steph and Ayesha, again. It seems like the two are planning to take the TV industry by storm. Other celebrity couples will join the Currys to take part in quizzes, trivia and etc.

The show received a 7.6 rating on IMDb, suggesting it was indeed Steph’s best work. He started taking part in the field in 2017, and has shown no signs of slowing down. Does this mean that Steph will fully go for a career in the media industry once his playing days are over? Only time will tell.
Tags: NBAStephen Curry
Previous Post