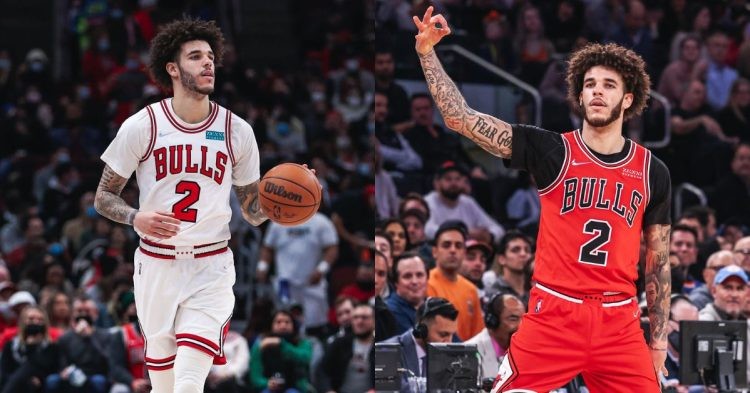 The Ball brothers are one of the most famous siblings playing in the NBA. Before the Charlotte Hornets waived LiAngelo Ball earlier this year, all three of the Ball brothers were playing in the league. However, now, only two remain; LaMelo Ball and Lonzo Ball. LaMelo is currently playing for the Hornets as well, and Lonzo is at the Chicago Bulls. The former is currently dealing with an ankle injury and has made some recent developments.

As for Lonzo, he is also on the sidelines and is dealing with a major injury that has kept him off the court for a while now.

What happened to Lonzo Ball?

The last time he played was in January 2022, against the Golden State Warriors. In the entire 2022-23 NBA season, Ball only played 35 games. Reports that emerged at the time mentioned that Ball had a meniscus tear on his left knee, together with a bone bruise. Initially, the doctors gave him a rehabilitation period that lasted just 6-8 weeks, but unfortunately for Lonzo, he had to deal with setbacks during the journey.

Bulls say Lonzo Ball will undergo arthroscopic surgery on his left knee and is expected to return in 6-8 weeks. https://t.co/jufp0dqNGW

He had to miss the rest of the 2021-22 NBA season, and could not play a part in the Bulls’ playoff journey as well. It was quite disappointing for Lonzo to miss out on NBA action despite having multiple surgeries on the same knee.

As the start of the 2022-23 NBA came near, the Bulls said to the world that we will not be witnessing him at the beginning of the campaign. He went through an “Arthroscopic debridement”, as the statement mentioned. That meant that both the Ball brothers did not start the season well. However, it seems like it might take Lonzo an even longer time than his brother LaMelo.

Billy Donovan said everything is “very, very optimistic” right now regarding Lonzo Ball. Has started running in water. No timeline for return.

According to K.C. Johnson, Bulls head coach Billy Donovan is quite confident and optimistic that Lonzo might return soon. The insider claimed that the 25-year-old has now started to run in water, meaning he is back on his feet. Unfortunately for Bulls fans, there has been no confirmed return date for the player given.

In his NBA career, Lonzo has averaged 11.9 points, 6.2 assists and 5.7 rebounds in 252 games played. His numbers may not reflect the potential he possesses. Considering the fact that he has started to get active physically once again, his most-awaited return may not be far away. He would surely want to improve on his numbers, as the rest of the NBA community expects him to.