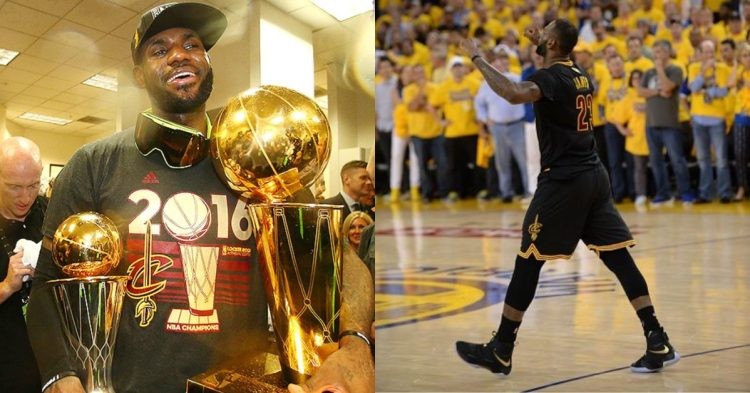 Dynasties come rarely in any sport. A team that can dominate a major sports league for multiple years in a row is an anomaly. Yet, we’ve got the opportunity to witness one of the biggest dynasties of this millennium and one man, LeBron James, that tore it apart from unforeseen circumstances.

King James is cemented in the debate for the G.O.A.T. His influence on and off the court that can impact pivotal situations is what got him there. Throughout his NBA career, he’s seen it all. He’s been the underdog, the man everyone hated, the man everyone wanted but also the one everyone hated to play against. He’s won 4-NBA titles in his career but the one in 2015-2016 stands above the rest.

In the 2014-15 season, LeBron James left the Beatles to go back home to Cleveland. He was humiliated in the 2013-14 NBA finals by the Spurs and decided to jump ships again. This time, he did so, with Kyrie Irving and Kevin Love. They won 53 games and LeBron took them to the NBA finals.

But the Cavs had a ton of bad luck. They also lost both Kyrie and Love to injuries on the way to the finals. The Warriors were the challengers from the West who took advantage of that and won the first NBA title of their dynasty.

However, LeBron James was not one to give up. The next season they improved their win total to 57 wins. They went 12-2 on the way to their 2nd straight NBA finals appearance. Unfortunately for them, the Warriors just broke the regular season record of 73 wins.

4 games into the NBA finals and it looked like it was going to be a wrap. The Warriors had taken a 3-1 lead and put the Cavaliers down a deep ditch. At that point, no team in NBA finals history clawed themselves from down 3-1 to win the series. The record was 0-32. However, LeBron James is used to being the one. The one that always stands out.

King James averaged 29.7 points, 11.3 rebounds, 9 assists, 2.6 steals, and 2.3 blocks during the span of the 7 games series. They pulled off the impossible feat and gave the barren city of Cleveland its first taste of glory.

The 2016 finals still trumps any feat achieved by a team. LeBron James even believes that this was his crowning moment as the greatest NBA player of all time. But honestly, who can dispute that?