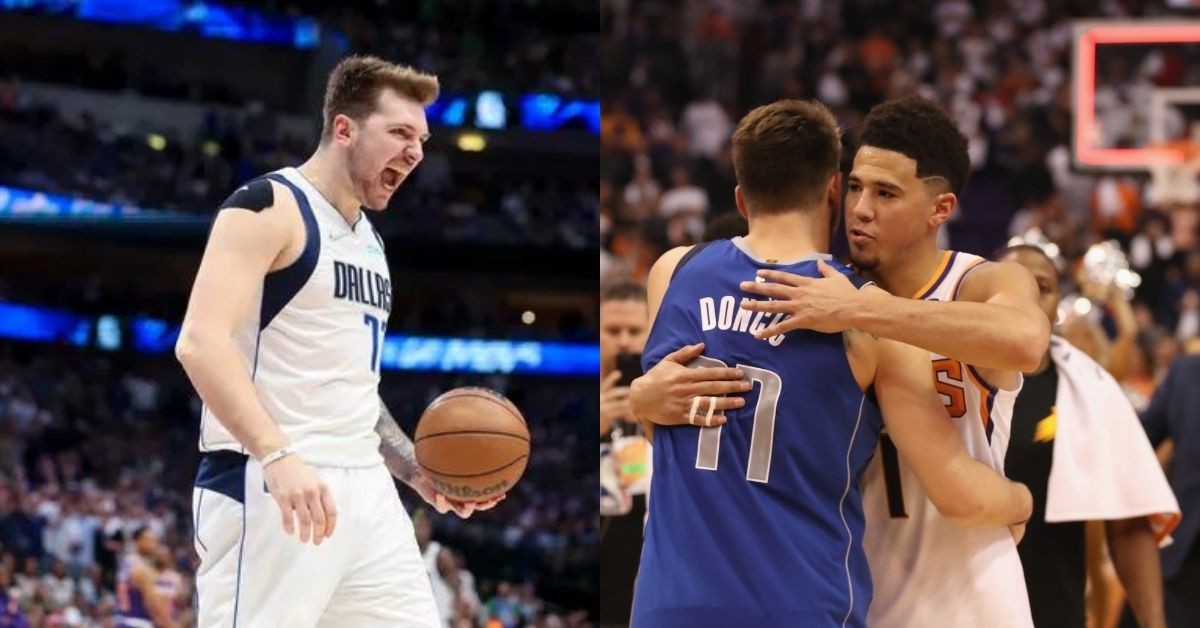 The 2022 western conference semi-finals have been one of the most competitive so far. Miami was the first team so far to win their series and even that took 6 games. The Phoenix Suns vs Dallas Mavericks series is now going to a game 7 after Luka Doncic continues to defy all the odds.

The Phoenix Suns missed the playoffs for 10 seasons in a row. But once Devin Booker and Deandre Ayton got Chris Paul on the team to unlock their potential, they became Western Conference champions and are currently the team that had the best regular-season record in the NBA. Those 64 wins were also a franchise record for the Phoenix Suns.

Devin Booker could never win by himself

Devin Booker was drafted into the league in the 2015-16 season as the 13th overall pick. In his first season, he averaged 13.8 points per game and made the all-rookie team. But the Suns won just 24 games that year and missed the playoffs by a huge margin.

From that season onwards, Devin Booker’s production kept going up and Phoenix’s wins kept going down. In Devin’s 4th season in the league, he averaged 26.6 points per game and a career-high 6.8 assists. But Phoenix finished that season with just 19 wins. That was the 2nd lowest in franchise history.

By that point, Devin Booker had the title of putting up empty stats. As good as they looked on paper, it made no difference in real life. Even Booker’s 70-point game came in a loss to the Boston Celtics.

In the 2019-20 NBA season, Devin Booker and Deandre Ayton managed to win 34 games and lost 39. After that, the season was suspended due to covid. In the bubble, they were invited but they could have only made the playoffs if they won all 8 games and the teams above them lost. Phoenix surprised everyone and went 8-0 but still missed the playoffs.

That attracted veteran point guard Chris Paul who transformed the Phoenix Franchise into contenders, but none of that was credited to Devin Booker.

Luka Doncic is levels above DBook

Luka Doncic was drafted in the 2018-19 season as the 3rd overall pick. Since he’s been in the league he’s made Dallas better.

Luka has never had the opportunity to play with an all-star level talent. And all his success has come on his shoulders. The best teammate he had was Kristaps Porzingis who made the team worse than better. He’s already a 3-time all-star and everyone believes he will be the face of the NBA very soon.

Luka in the playoffs

He had never got out of the first round but this season is one win away from making his first-ever conference finals appearance. If you compare where Luka is in his 4th season to where Devin Booker was in his 4th season, it’s not even close. To put it very bluntly, Luka led his team to 51 wins and Booker led them to 19 wins.

The way Luka Doncic has been competing with the best team in the conference in this series is scary to watch. If Luka does his magic in game 7 to pull off the biggest upset in recent history, he will surpass the level of 99% of NBA superstars.