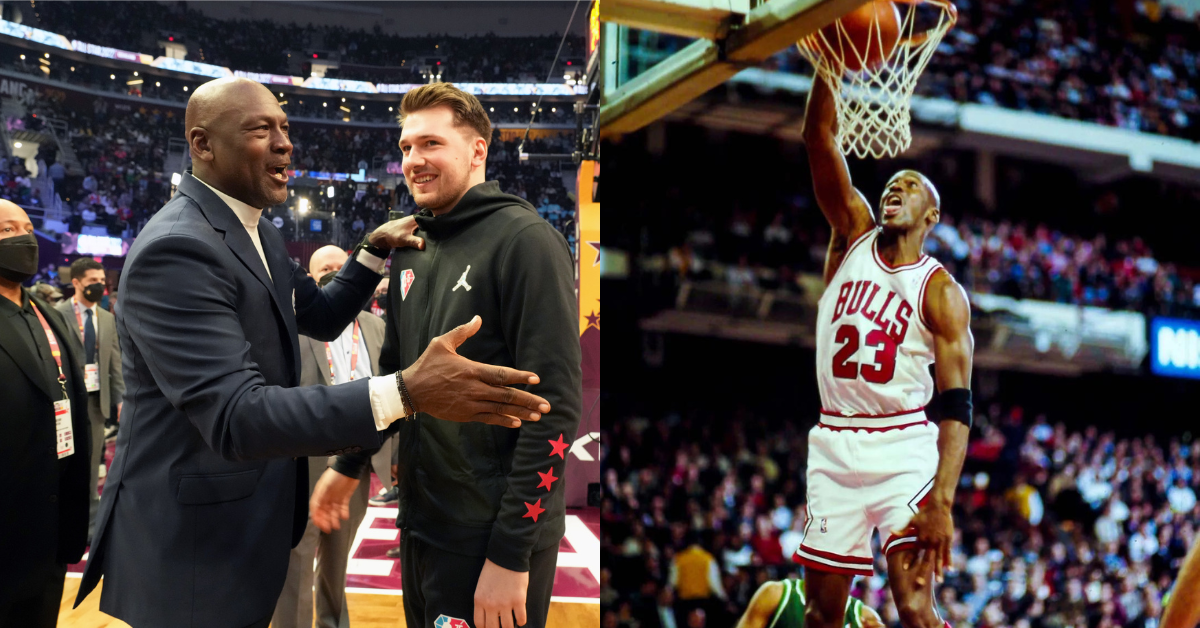 Michael Jordan is considered by most as the GOAT of basketball. Jordan has won 6 NBA titles in 6 final appearances. His resume of accomplishments could fill up pages of books. He’s a Hall of Famer, MVP, DPOY, ROTY, Scoring Champion, etc.

Watching him put up points effortlessly made him the best in the eyes of everyone. He was the king of the regular season and a God in the playoffs. The higher the stakes the better he became. LeBron James is currently in a head-to-head debate with him. But Luka Doncic could be the one that takes away his throne.

In the playoffs, Jordan was seemingly unbeatable. He was the reason that most all-time greats retired without a ring. Michael was a menace and his scoring stats tell you what you need to know. MJ made 13 playoff appearances in his career. Out of those, he leads the playoffs in scoring 10 times. Sometimes he’d have to pay just 3 games due to early playoff exits and sometimes he’d go all the way. Yet his place as number 1 stayed the same.

In 179 playoff appearances, he’s averaged an NBA record-high 33.4 points per game. But what makes this achievement crazier is that nobody else in the history of the NBA averages anything close to that. In fact, not a single player in the league has career playoff averages of over 30 points per game.

Most career PPG in the playoffs:

They’re the only two averaging 30+. pic.twitter.com/MOlhhHkTLO

No one but Michael Jordan. And Luka Doncic. Yes, Luka Doncic joined Michael Jordan as the only player to average 30+ points in his playoff career. Luka averages exactly 33.4 points per game as well, on the dot with MJ.

One glaringly obvious factor to consider is that Jordan has these averages after playing 179 games. Luka has only played 17 playoff games in his young career. And the more games that he will play, the higher the chances are in the fall of statistics.