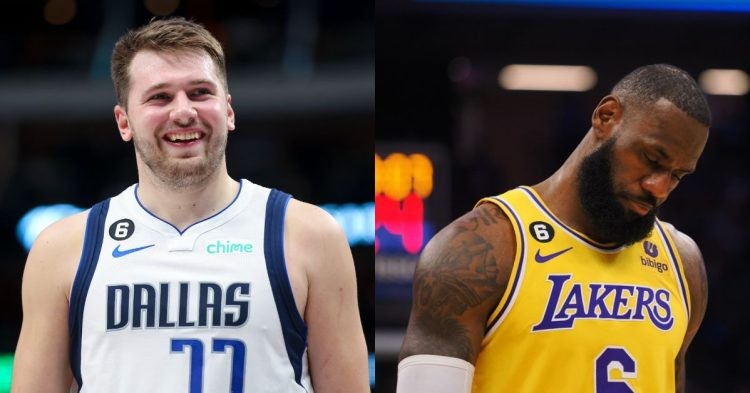 Luka Doncic has announced himself in style this season. He has been showing up for the Dallas Mavericks consistently in the 2022-23 NBA season. The Mavs have won 9 games out of 17 games so far. It would be quite safe for us to assume that Luka has played a pivotal role in all of those wins.

Recently, the Slovenian has managed to catch the NBA community by surprise, after reaching an elite milestone. The numbers say that he has performed better than the great LeBron James, who is in his 20th year in the league.

According to NBA.com, Luka reached 7,500 points, 2,000 rebounds, and 2,000 assists. The astonishing fact is that it took him 280 games to do it, 31 games lesser than it took King James. However, despite the huge achievement, Oscar Robertson, the former Milwaukee Bucks star, managed to touch the great height in just 254 games.

In the 2022-23 NBA season, Doncic has averaged almost a triple-double. After playing 16 games, he has put up 34.0 points, 9.0 rebounds, and 8.1 assists per game. The numbers show that he has been on fire for the Mavs in every game this year. Can he translate this into an NBA MVP win?

Earlier this year, the predictions for the award pointed at Luka to be the eventual winner. The main reason for that would be the way he performed in the regular season last time out. Similarly, he has been putting in a shift this year as well. To put his performances into perspective, Luka has only had three games this season in which he made less than 30 points. That shows how consistent he has been.

In the NBA points leaderboard, Luka sits in 3rd place with 544 points. He is just 4 and 6 points behind Kevin Durant and Jayson Tatum respectively, despite playing lesser games. It is no secret that Doncic is looking to be the frontrunner for the award this season. He is up against the likes of Giannis Antetokounmpo, who is also said to be a strong favorite to be the MVP.

The NBA world has always touted him to be a superstar, and he is showing signs of exactly that this season. If fans thought last season was his best, they would be astonished at Luka’s performances this year.