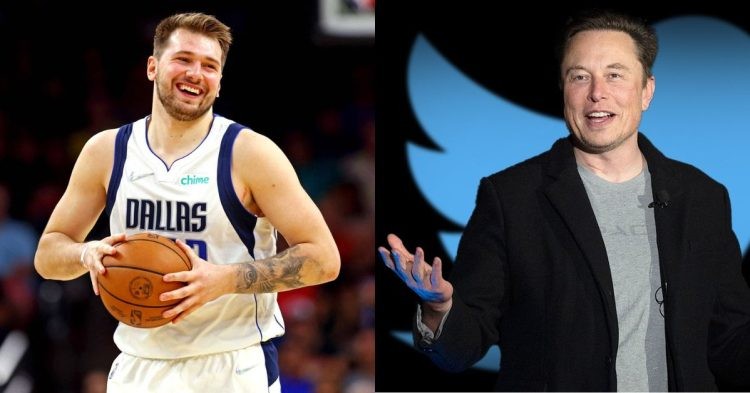 Dallas Mavericks star Luka Doncic was recently asked about his opinion on Elon Musk’s acquisition of Twitter. Most of us are aware that Musk has recently purchased Twitter for a whopping $44 billion dollars. As we all know, Twitter is one of the most used social media platforms, and owning it gives Elon greater reach and impact.

However, when Luka was asked about this, his response was not what we expected. He diverted the subject to something he truly cared about. One should wonder what Luka Magic had to say and whether he was impressed by this multi-billion dollar acquisition. After all, $44 billion is an amount of money that even NBA superstars can’t really imagine amassing in a lifetime.

Luka Doncic and his love for chess

It turns out that Doncic didn’t respond appropriately when asked about Elon Musk and Twitter simply because he does not use it much himself. He was asked what he does on his phone if he is not using social media. As some of you could have already guessed. He replied that he spends his time playing chess games.

Chess is an indoor board game that involves extreme amounts of strategic thinking and forethought. It turns out that Doncic has always been a huge fan of the sport and has played it for several years now. Therefore, shrugged off the question about Musk effortlessly.

“I just play chess on my phone…I play online. But I win, mostly..”

Moreover, it would interest many people to know that Doncic has spoken about the benefits of Chess and how it translates to basketball. However, considering that they are very different sports, we wonder how he can successfully make a comparison. He referenced chess when asked about how he read and calculated the opposing defense.

“It’s like playing chess, you’ve got to take your time and see the moves”

As a result of his love for chess, among many other things, Luka is proving himself to be one of the best players in the league. He is averaging 34.3 points, 9.1 rebounds, and 8.1 assists. Now we know how he is able to put up these numbers in the NBA. Chess might just correlate with Basketball IQ. This would explain Luka’s incredible success so far.
Tags: Elon MuskLuka DoncicNBATwitter
Previous Post