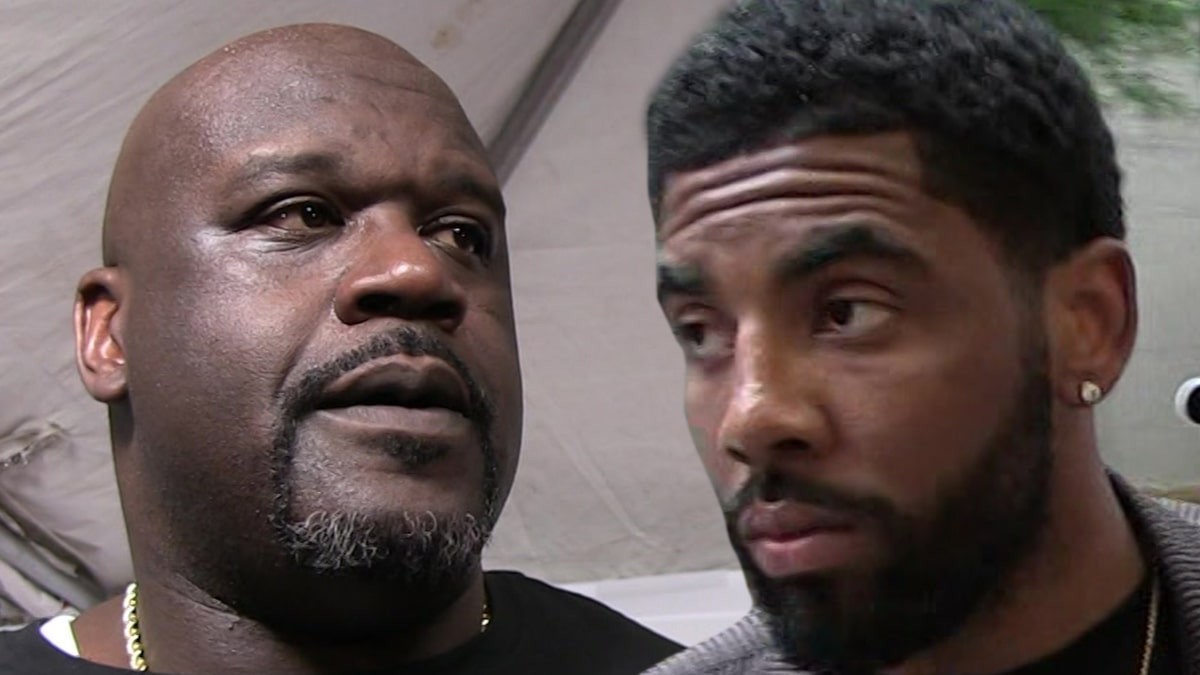 After last night Kyrie Irving probably overtook the Lakers to be Boston Celtics’ #1 rival. Shaq, a former Celtics player advised the Nets superstar to remain civil despite fans talking smack courtside. Co-star Charles Barkley says he is whining like a little girl instead of manning up on the road.

Second-seeded Boston Celtics defeated the Brooklyn Nets in Game 1 of the NBA playoffs. It came down to the wire and a defensive blunder by Kevin Durant and the Nets cost them the game. A point loss in the playoffs hurts more than a blowout loss, especially, on the road in a city like Boston.

Kyrie Irving lost his cool and flipped them on several times during the game while also dropping game-high 39 points last night. Clearly, the fine that will follow this gesture is worth it for the 2016 NBA champion.

Boston is known for its trash talk and rude behavior towards athletes. In addition, Kyrie has some history with the city as well. When he left LeBron James in Cleveland to lead his own team he signed with the Celtics. His 2-year stint with the team was not a successful one. But that is not the reason why Celtics fans treat him this way.

In his final season, Kyrie assured the city of Boston that he would remain loyal. However, in free agency Irving signed with the Brooklyn Nets. In his first game back after joining KD and the Nets, he tried to sage the court in order to get rid of the negative energy.

Although Ky went with a positive attitude, Boston was not having it last ngiht. They annoyed him to the point that he has to flip up his middle finger mid-game. After the loss, Irving was shouting profanities at fans in retaliation. Naturally, NBA Twitter and analysts had quite a lot to say about it.

Inside the NBA crew rarely ever sides with Kyrie. They have been blasting him all season for his vaccination stance. The Boston Game 1 debacle led to Shaq giving Kyrie some valuable advice as a former Celtics player.

“The great Bill Russell went through and I did too. I don’t really wanna hear all that. And you know certain cities don’t care what you say in the press conference. Do you know what going to happen in Game 2? They’re going to talk more smack. Listen I played in Boston for two years, it happens to the best of us.”

Game-2 is scheduled for Wednesday and hopefully, it will be just as interesting as the first one. Ben Simmons is close to a return but remains out for the second game of this series. Despite a poor performance from the bench KD and Ky kept it close. This series will most likely stretch to seven games.