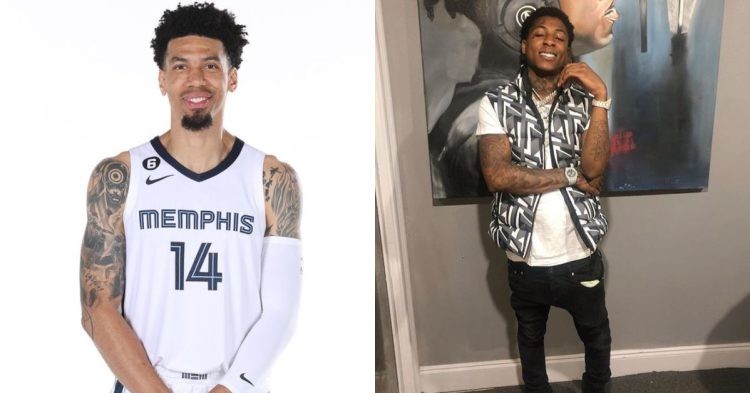 The Memphis Grizzlies have started their season in peak form this time around. They currently have a record of 8 wins and 4 losses and they also hold the 5th seed in the west. Throughout this stretch, the team has been in peak condition and has played together as one unit instead of 15 individuals. We might have figured out the secret behind this team’s strong bond.

It has nothing to do with basketball either, the reason why the Grizzlies are always in sync could be because of their music taste. Former NBA champion Danny Green recently revealed that the only music his team listens to is NBA Youngboy. Here’s what he had to say about the situation.

“Coming here it made me realize why he’s number one…All they do is listen to Youngboy all day. From morning, to night, from shoot around, to the game, it’s NBA Youngboy”

“Coming here it made me realize why he’s number one…All they do is listen to Youngboy all day. From morning to night, from shoot around to the game, it’s NBA Youngboy” Let’s have a look at who this rap phenom Youngboy is.

Who is NBA YoungBoy?

NBA Youngboy, Youngboy Never Broke Again, or as his parents know him Kentrell DeSean Gaulden is an American rapper that has been making music since 2015. However, he did not hit the charts and explode onto the scene till 2019. In his short career, Youngboy sure has amassed a massive following of fans that won’t hear a word against him.

You can check any rap song comments and there will be at least one YB fan commenting “Youngboy better” underneath it. His music is full of energy and aggression which could be part of the reason why the Grizzlies can listen to as many as 50 YB songs on repeat. When you have a team as big as the Memphis Grizzlies with stars like Ja Morant, Danny Green, and Steven Adams listening to you on repeat, you’re bound to be No. 1.

With their strong bonding and their stellar play, the Grizzlies have looked like one of the strongest teams in the league this season. It could be the growth that they have made in the off-season or it could be the power that Youngboy’s music gives them.

Whatever it may be, Memphis has looked extremely strong and is a real contender for the NBA championship this season.