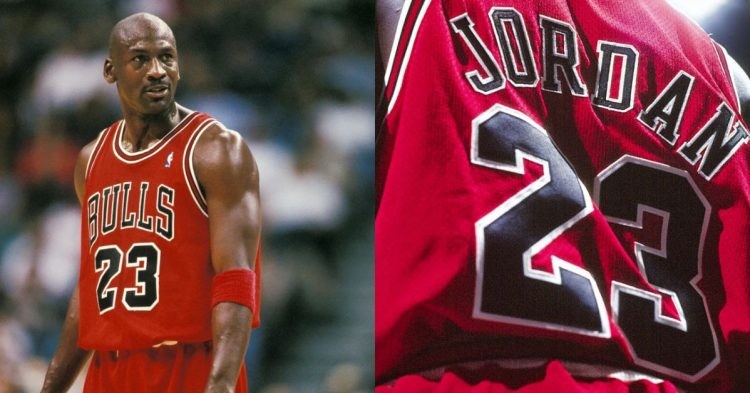 Michael Jordan is widely considered the greatest player of all time. He helped the Chicago Bulls franchise become a dynasty and win 6 titles. Additionally, the Bulls three-peated twice thanks to Jordan’s dominance and showcasing of supreme ability on the court.

MJ’s 1998 NBA Finals jersey is now on sale and could is set to be auctioned off. One must wonder how much it is worth. We know the late Kobe Bryant’s finals jersey was sold for $2.73 million a few months ago. So how much higher could MJ’s jersey be?

The sports world is absolutely crazy about Jordan and idolizes him. He is placed amongst elite companies like Tiger Woods and Muhammad Ali as the best to ever play a sport. Therefore, his NBA finals jersey can be considered “priceless“. The auction house certainly thinks so and bills it as ” one of the most significant items from Michael Jordan’s career”.

The iconic red Chicago Bulls jersey, with Jordan’s number 23 on the back, is only the second worn by the star during his six championships to be sold at auction.#theSun #theSundaily #news #Jersey #lastdance #MichaelJordan #Chicago #sports https://t.co/BojXWHjf3S

The jersey is considered one of only two worn in finals games to ever appear at auction. Thus, only financially well-off Jordan fans will be ready to purchase the jersey at any cost. After all, the 1998 championship is considered the most coveted of Jordan’s titles. Here is a list of some of the most expensive NBA jerseys prices when being auctioned.

Thus, MJ’s 1998 Finals jersey is the most expensive by far. It came from defeating John Stockton and Karl Marlone for the second postseason in a row. People already knew Jordan was on the decline and expected him to win this championship the least. Due to that very logic, since he won it is now considered one of his greatest achievements and a testament to him as a competitor and a champion.

Not many fans are aware that the 98′ finals were also the Jazz’s best chance to win an NBA title. However, Stockton and Malone both failed to defeat MJ and the Bulls despite having faced him the previous year in 1997. Therefore, this rich background story helps increase the value of the jersey to $5 million dollars.