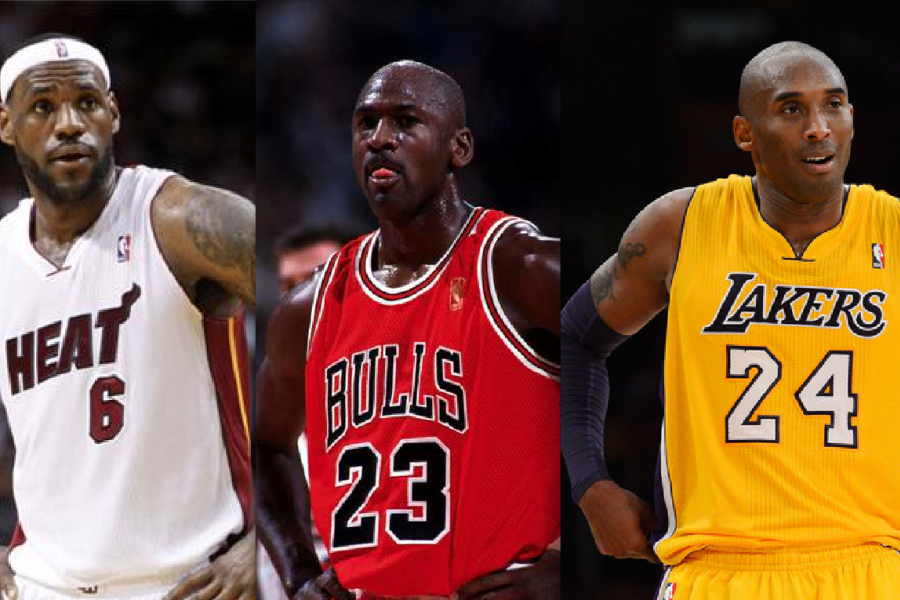 In a sport that has spanned over half a century, and a league that has propelled it to newer heights for 75 years, one debate is a constant. The GOAT debate. And if you have been a fan of the sport in the last 3 decades, 3 players pull clear of the rest. Michael Jordan, LeBron James, and Kobe Bryant.

Jordan dominated the league in the 1990s, winning the NBA Championship 6 times. His double three-peat with the Chicago Bulls team is considered one of the greatest dynasties of all time.

Kobe Bryant achieved something similar. He completed the threepeat to kickstart the newest century and won 3 championships with the Lakers. Then repeated the feat and won 2 more to close out the decade.

The youngest of the three, and still active, LeBron James has played for over 18 years in the NBA. He has had championship success 4 times in his career and has not shown signs of slowing down even at the age of 37.

But both Kobe Bryant and LeBron James looked up to Michael Jordan while growing up. Like so many others, they idolized his game and his mentality. But which of the 2 does Jordan prefer between Kobe and LeBron?

Upon turning 50 in 2013, NBA TV aired an exclusive special where Michael Jordan sat down with Ahmed Rashad to reflect on his legacy. Rashad put him on the spot and popped the hardest question you can to someone who is friends with both James and Bryant. Kobe or LeBron?

“Well, I mean…that’s a tough one. I would say, Kevin Durant!”, MJ joked to deflect the pressure of having to choose.

“In terms of dominance of the game of basketball, at this stage, it’s LeBron.” , MJ said praising LeBron first. Then getting to Kobe he said, “Championship-wise, it’s Kobe.”

“He wants it so bad, he’s willing to go to the extremes. Guarding that guy, guarding the point guard at the age of 34, playing 38 minutes, 40 minutes. That’s ludicrous.” And then in the ultimate compliment, Michael compared Kobe’s winning mentality to his own, “He’s cursed as much as I am.”

The 6-time Finals MVP then went on to sum it up perfectly. For context, this was in 2013 before LeBron made 9 straight Finals appearances and won 4 championships. At this stage, he only had one NBA Championship.

“If you had to pick between the two, that would be a tough choice. But 5 (championships) beats 1 (championship).”